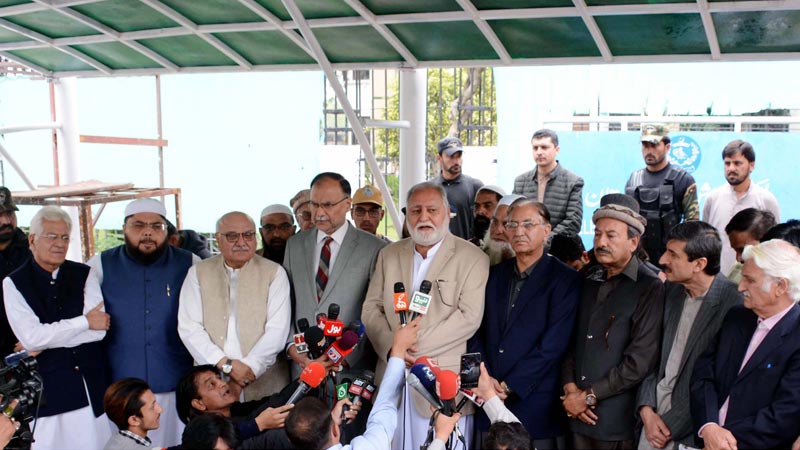 The Election Commission of Pakistan (ECP) on Wednesday started investigations against the Pakistan People’s Party (PPP) and the Pakistan Muslim League-Nawaz (PML-N) in the foreign funding case, a private TV channel reported.

According to a notice sent by the commission, the representatives of the PPP and PML-N have been directed to present themselves before the scrutiny committee of the commission on November 26.

Both the parties have been accused of receiving illegal funds from the US and UK. Pakistan Tehreek-e-Insaf’s Farrukh Habib had filed a petition against the parties. “The PPP and the PML-N should worry about accounting for the funds they received from the US and the UK,” said Habib, adding that both the parties are not willing to discuss facts about their funding. He said the PML-N used party funds to launder money. “As a petitioner in this case, I will not let PPP or PML-N flee,” he said.

Separately, opposition’s Rahbar Committee on Wednesday demanded that the ECP conduct hearing of the foreign funding case against Pakistan Tehreek-e-Insaf (PTI) on a daily basis.

Speaking to media outside the ECP office, Rahbar Committee head Akram Durrani said even after five years, the investigation against PTI is not complete. He said the delay in the hearing of the case is harmful to the nation.

PTI’s founding member Akbar S Babar had filed the case in 2014, alleging that nearly $3 million in illegal foreign funds were collected through two offshore companies and that money was sent through illegal ‘hundi’ channels from the Middle East to accounts of ‘PTI employees’. He had also alleged that the foreign accounts used to collect funds were concealed from the annual audit reports submitted to the ECP.

A scrutiny committee was formed in March last year to complete an audit of PTI’s funding sources in one month. Its mandate was later extended for an indefinite period. In October, the ECP had rejected four applications filed by PTI seeking secrecy during the scrutiny of its foreign funding sources.

PML-N spokesperson Marriyum Aurangzeb, in a statement on Wednesday, asked Prime Minister Imran Khan to appear personally before the ECP in the foreign funding case against his party. “Imran sahab, if you haven’t stolen…] address the nation and declare assets of your family, wife and yourself,” she said.