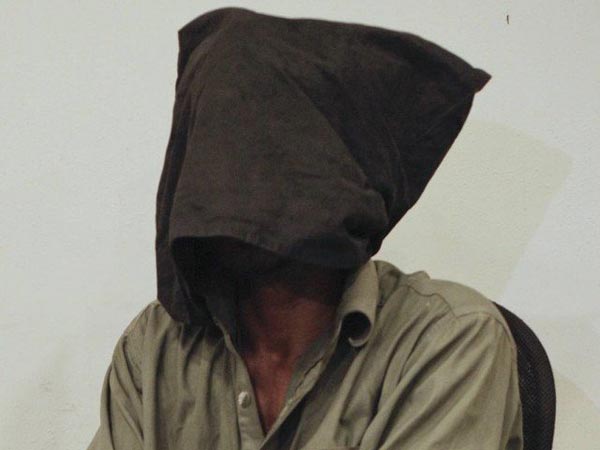 Law enforcers also claimed the ‘target killer’ had links with former MQM-Pakistan leader Dr Farooq Sattar. Yusuf alias ‘thelay wala’ was recently taken into custody during an operation, said a police official. “During the investigation, the target killer has confessed to having connections with Dr Sattar. Yusuf has also revealed that he killed at least 96 people,” SSP East Ghulam Azfar Mahesar and SP Zubair Nazeer claimed in a press conference.

The accused disclosed that their target killing group consisted of 43 killers, the SSP East said. “The accused joined the MQM in 1995 and was arrested for the first time in 1996 by Sindh Rangers. However, he was released after a year. Those murdered by the accused also include forces’ personnel,” the senior police official claimed.

The police also alleged that the ‘target killer’ was in communication with senior party leaders, including Dr Farooq Sattar, and his first meeting with the senior party leader took place at Nine-Zero – the then MQM headquarters. “The meeting was arranged by sector in-charge Khalid Siddiqui and Nadeem alias ‘Marble'”.

Farooq Sattar denies links with suspect, says a conspiracy is being hatched against him

The accused allegedly admitted to carrying out violent activities and murders at the behest of the MQM leadership. “We used to get instructions from the [MQM] leaders. I also used to take bodies in a thela [cart] and dispose them of,” SSP East quoted Yusuf as saying during the media talk.

He has confessed killing of two military soldiers and one official each of Pakistan Air Force and the Karachi police, the police officer said. He also reportedly confessed to killing five workers of MQM-Haqiqi and two government employees. Moreover, he also killed 12 people suspecting them as police and government agencies informers.

Police presented the accused in court on Wednesday and acquired his physical remand till November 23.

“We do not have any ties with each other neither do I know the accused,” the former MNA said while showing solidarity with the residents of Chishti Nagar in Block 10, Gulistan-e-Jauhar.

Yusuf in his testimony had said Farooq Sattar provided him with shelter for a month while he was on the run. He had also said that while in hiding, MQM’s London group was in contact with him.

Farooq Sattar said that he had never been the caretaker of MQM home base Nine-Zero, although Amir Khan, Anees Qaimkhani and Kunwar Naveed Jamil have held the responsibility on different occasions in the past. “There is a conspiracy being hatched and executed against me. Those behind this concoction will come to the forefront soon,” he said.