* ‘I am a lot more savvy now with what I’m comfortable with and what I am okay with doing,’ Clarke told Dax Shepard 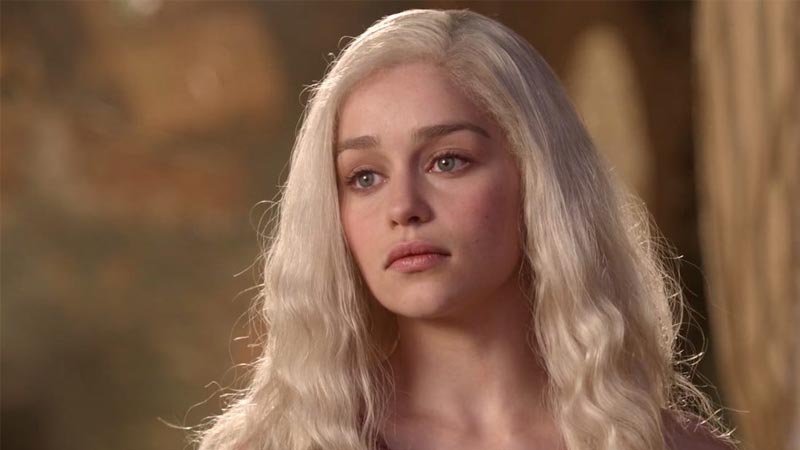 You never know what happens behind the scenes. The former Game of Thrones superstar, Emilia Clarke, opened up about feeling coerced into a “f-ck ton of nudity” during the first season of the HBO hit show and that as a new-and young-actress she didn’t feel she had the power to stand up for herself and her body.

But during her appearance on actor and writer Dax Shepard’s “Armchair Expert” podcast, actress Emilia Clarke is reclaiming her narrative and opening up about how her experience on ‘Game of Thrones’ has helped her be more assertive and in control in roles that followed after the show came to an end.

“I am a lot more savvy now with what I’m comfortable with and what I am okay with doing,” Clarke told Dax Shepard.

The 33-year-old actress shared that she felt she had to go through the nudity scenes on GoT because she was a brand new actress with no prior experience.

‘I’ve had fights onset before where I’m like, ‘No, the sheet stays up,’ and they’re like, ‘You don’t want to disappoint your ‘Game of Thrones’ fans’

“I took the job and then they sent me the scripts and I was reading them, and I was like, ‘Oh, there’s the catch!'” Clarke added.

“But I’d come fresh from drama school and I approached it as a job, if it’s in the script then it’s clearly needed, this is what this is and I’m going to make sense of it. Everything’s going to be cool.”

Clarke began shooting for GoT as a 23-year-old and revealed to Shepard that things on set became so unbearable at times that she would cry in the bathroom before shooting certain nude scenes.

The Last Christmas actress said that during those moments, she would tell herself, “Whatever I’m feeling is wrong, I’m going to cry in the bathroom and then I’m going to come back and we’re going to do the scene and it’s going to be completely fine.”

Thankfully, she had fellow co-star Jason Momoa on set who would advocate for her and let her know that her feelings were valid. “It was definitely hard, which is why the scenes when I got to do them with Jason, were wonderful, because he was like, ‘No sweet, this isn’t okay.'”

“He took care of me, too,” Clarke added. “In an environment where I didn’t know I needed to be taken care of.”