Northern in control after enforcing follow-on 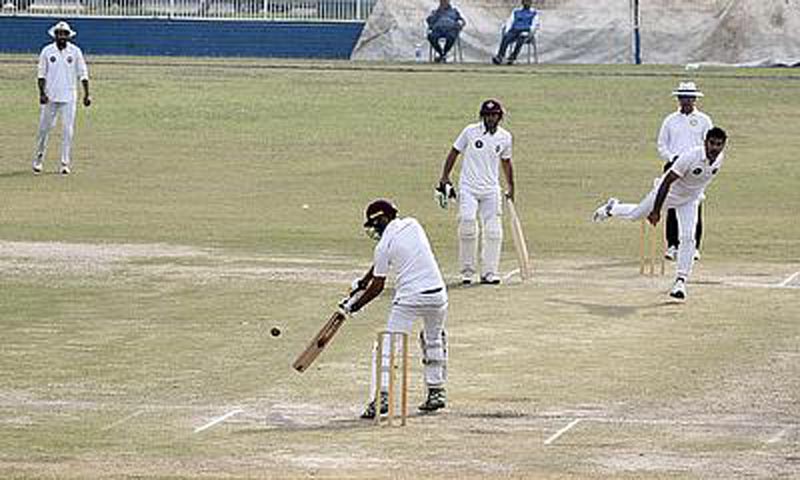 RAWALPINDI: A collective effort from Northern bowlers had Southern Punjab following-on on day three of the eighth round match in the four-day first-class Quaid-e-Azam Trophy tournament at KRL Stadium, Rawalpindi on Wednesday. Southern Punjab could add only 119 runs to their overnight score as they were all-out for 268 in reply of Northern’s imposing 463 for seven. Shadab Khan was the pick of the bowlers with three wickets for 33 runs, while Waqas Ahmed took two wickets for 53 runs. Haris Rauf, Nauman Ali and Hammad Azam picked up a wicket each. Resuming his innings at 58, opener Umar Siddiq added only two runs to his score, while his overnight partner Mohammad Irfan made 37 off 65. Wicketkeeper-batsman Adnan Akmal was the only notable contributor with the bat for Southern Punjab as he scored 45 runs from 66 balls, hitting seven fours.

With Southern Punjab 195 runs behind Northern’s first innings score, the latter enforced the follow-on. Shadab dismissed Sami Aslam (14) to ring bells in Southern Punjab’s camp. However, Umar (39 not out) and Zeeshan Ashraf (21 not out) avoided further damage to drag their side to 76 for one at the close of third day’s play.