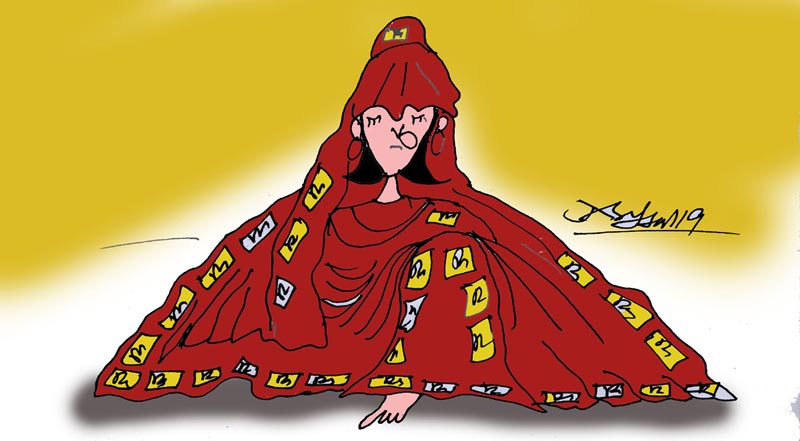 Sir: The money, the household items, car, house and others that bride or her family pays to the groom in marriage is dowry. The dowry system is the oldest social malady in Indian sub-continent. Now, dowry has become a serious disorder in society which is being deeply ingrained in the blood of people.

Dowry is one of the social evils that have become a barrier to lead a normal life for women. Dowry system has become a social norm and it is a great problem for society and also for women. The evil is always evil. The dowry system is the evil which killed and crippled many helpless women and also many women committed suicide. Due to dowry system, neither the poor people get married their daughters nor they cease them at their home. After a certain age, woman prefers to die due to our cultural mindset. In Pakistan 2,000 cases of dowry deaths are registered everyday, which are 2.45 per 10,000. In the neighbouring country India, dowry related violence are very high. In the last three year around 24,771 women were killed or committed suicide in India due to dowry related violence.

I appeal the incumbent government to pass act against dowry to end up the deleterious violence against women.