‘His Dark Materials’ is all about Mother Superior 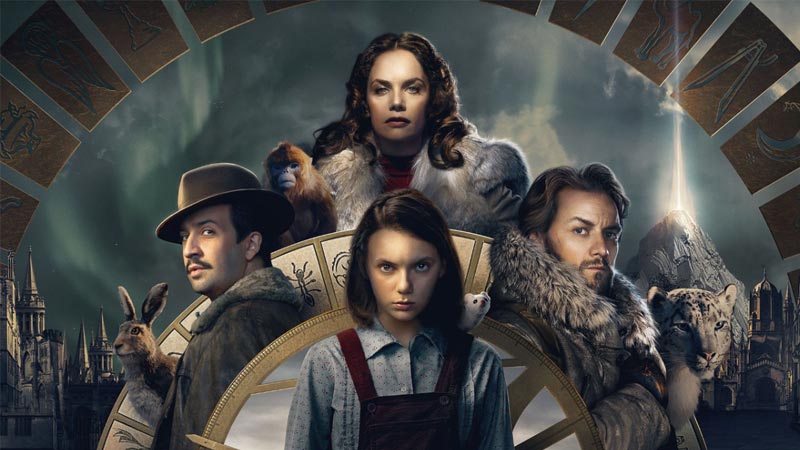 The show is called ‘His Dark Materials’. But who are we kidding? It’s all about her. HBO’s latest fantasy epic struck gold when it cast Ruth Wilson as its villain, Mrs Coulter. In lesser hands, the sinister head of the General Oblation Board and leader of its “gobblers” would be a one-dimensional child-stealing monster, with the occasional glimmer of doubt or remorse. But thanks to The Affair actor, she emerges as a full-fledged human, overwhelmed by her own emotions even as she overpowers everyone in her path.

As she has done since the series started, Mrs Coulter plays a pivotal role in this week’s episode. She kicks things off in prime “Darth Vader boarding the Rebel ship” mode, storming Oxford with a phalanx of black-uniformed goons in search of her missing ward, Lyra. She seems to take a perverse delight in violating the college’s “scholastic sanctuary” and you can see the glee of a person who’s breaking the rules just because she can.

But the search turns up nothing. Ditto the subsequent raids by the Magisterium on the roving Gyptian bands suspected to have the girl in their custody. (The gobblers had kidnapped her; the good-guy guerilla militia then abducted her back.) Then we see another side of Coulter. She sits alone in her bedroom, staring blankly at nothing in particular, until she flips out and destroys her bedding in a rage. It’s such an unseemly display that her monkey daemon quietly closes the door, as if to block our view of something shameful.

There are still more sides to the Coulter coin waiting to be flipped. At the suggestion of Lyra, two adventurous young Gyptians, Benjamin (Simon Manyonda) and Tony (Daniel Frogson) stage a daring break-in at her apartment to search for documents that could reveal where she’s taking the children and what she’s doing to them when they get there.

But the spies get caught by that damn monkey, and a human/daemon free-for-all ensues. As Tony flees, Coulter produces a comically huge gun and shoots Benjamin. Her monkey tackles his bird daemon – and the villainess, suddenly turned simian and savage, follows suit. She leaps on the Gyptian’s back and starts pounding away at him like an ape in human form. It’s a stunning physical transformation.

Some of the credit goes to director Dawn Shadforth, whose resume includes dance-centric music videos for the likes of Kylie Minogue. She knows how to capture the human body in motion, as she does when Coulter drunkenly paces on the ledge of her balcony like a tightrope walker – just the sight of it tells you more about how despondent she is about Lyra’s disappearance than any bit of dialogue ever could. At other times, Sahdforth allows the camera to linger on her antogonist’s body at rest, like when she’s lounging around depressively at the end of the episode. She recognizes what she’s got in Wilson, and she’s smart enough to let the camera roll on it.

As she has done since the series started, Mrs Coulter plays a pivotal role in this week’s episode. She kicks things off in prime ‘Darth Vader boarding the Rebel ship’ mode, storming Oxford with a phalanx of black-uniformed goons in search of her missing ward, Lyra. She seems to take a perverse delight in violating the college’s ‘scholastic sanctuary’ and you can see the glee of a person who’s breaking the rules just because she can

But there’s more to this episode, the best of the series so far, than the trials and tribulations of Mrs. Coulter. Under the care of the Gyptian woman Ma Costa (Anne-Marie Duff), Lyra’s curiosity about her mysterious past reaches a fever pitch. In an ingeniously staged scene, she demands answers from her guardian as they stand on either side of a ditch, shouting at each other. “Some things you’re better off not knowing,” Ma Costa argues.

“I am so bored of being told that!” Lyra shoots back – boredom being one of the worst things a child can experience.

So Ma Costa gives up Lyra’s entire complicated origin story. Her father is Lord Asriel, yes. But her mother is – you guessed it – Coulter, who was married to another man at the time of her pregnancy. The resulting birth caused a scandal that stripped both lovers of much of their prestige and power, and sparked a physical fight that ended in Mr. Coulter’s death. Lyra was bounced from the Gyptians to a nunnery to her father to Oxford’s Jordan College.

The revelation changes everything. Ma Costa even encourages the child to hang on to a creepy “spy-fly” Coulter sent after her, saying it’s proof of how much she matters to her mother and therefore should be preserved. In fact, everyone involved seems to think there’s something very important about her; no one’s saying what that might be.

By the end of the episode, however, we might have figured it out. She’s possessed with the miraculous ability to read the alethiometer, a sort of magical clockwork fortune-telling machine and truth detector rolled into one, without the years of study and thousands of pages of research normally required to do so. She’s able to predict Benjamin’s death in the raid on Coulter’s apartment before Tony returns to break the news. And the Gyptian leaders John Faa and Farder Coram believe that if she keeps at it, she’ll be more valuable to their quest to head north, join forces with a band of witches, and free their kidnapped children than any soldier ever could.

There are other players involved, naturally. Coulter’s apparent ally Lord Boreal slips back into our world to further his hunt for an explorer who’s gone missing in action. It turns out the man was actually born here and travelled to their world, not the other way around. More than anything else, Boreal seems to want to meet anyone brave enough to make that journey. It’s a trip that’s not without its hazards, both major and minor, as his lordship discovers when he finds the cops have booted his car during his absence. You can travel between worlds all you want, but you’d better obey the parking signs.

It’s this kind of human touch, along with the richness of Wilson’s performance as Coulter, that keep the show from getting bogged down in world-building and plot-hammering. Fantasies need a touch of reality now and then.