Sales of grounded Boeing jets lift off at Dubai Airshow 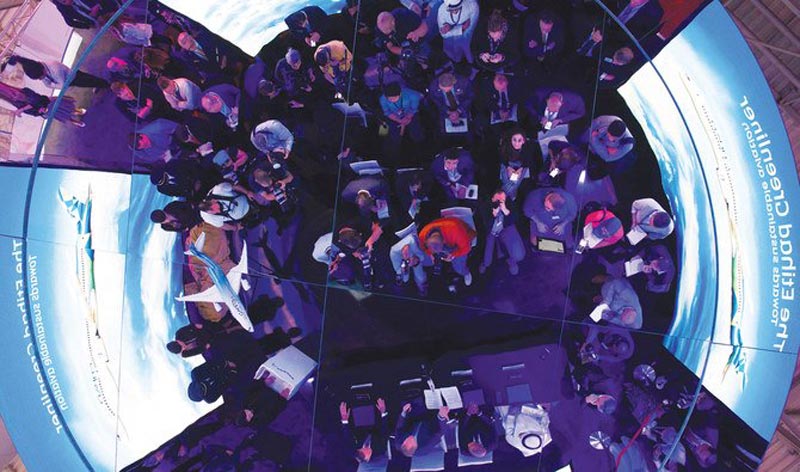 Boeing’s 737 MAX took center stage at the Dubai Airshow on Tuesday as airlines announced plans to order up to 50 of the jets worth $6 billion at list prices despite a global grounding in place since March.

Kazakhstan flag carrier Air Astana said it had signed a letter of intent to order 30 Boeing 737 MAX 8 jets for its Fly Arystana subsidiary.

Air Astana, which operates Airbus and Embraer jets in its main network, said it was confident in Boeing’s ability to resolve problems with the MAX.

Plans for the jet’s return to commercial service have been pushed back to early 2020 as Boeing finalizes software and training revisions that need regulatory approval.

The airline plans to hold 15 aircraft directly and may finance the rest through a lease transaction, she said, adding that Air Astana would not change the composition of its main fleet.

Separately, another airline signed a firm order for 10 Boeing 737 MAX 7 and 10 Boeing MAX 10 jets, a person familiar with the matter said. The airline’s name was not disclosed.

Boeing has used the past two major industry events to try to secure market momentum for the grounded MAX, which is seen as key to the planemaker’s financial health over the coming decade.

A letter of intent between Boeing and British Airways owner IAG for 200 jets, which grabbed the spotlight at the Paris Airshow in June, has yet to be finalized as the European holding company discusses the fleet change with subsidiaries that use Airbus for medium-haul operations.

The airline’s chief executive had said on Monday that Flynas was in talks to exercise purchasing options for some or all of 40 Airbus A320neo narrow-body jets.. Airbus unveiled a provisional order in Dubai for eight of its small A220 jets from Air Senegal. Britain’s easyJet exercised options for 12 more Airbus A320neo aircraft.

Also coinciding with the show, leasing giant GECAS was expected to confirm an order for 25 Airbus planes, including 12 A330neo jets powered by engines from Rolls-Royce, a competitor to GECAS parent company General Electric.

However, there were no immediate signs that Dubai’s Emirates was ready to finalize a provisional order for 40 Boeing 787 Dreamliners.