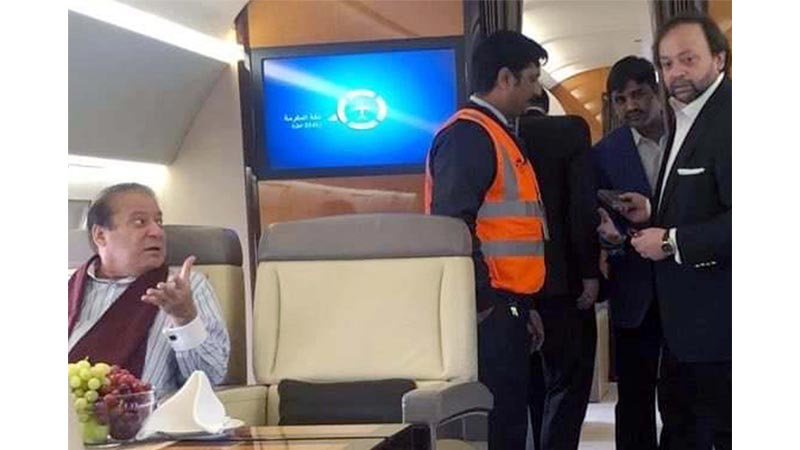 Minister for Law and Justice Dr Farogh Naseem Tuesday said the federal cabinet took a unanimous decision to not file an appeal in the Supreme Court against the interim order of the Lahore High Court (LHC) giving one time permission to Nawaz Sharif to travel abroad on health grounds, as the former prime minister, accompanied by his brother Shehbaz Sharif, reached London to continue with his medical treatment.

Talking to media persons here along with Special Assistant to Prime Minister Dr Firdous Ashiq Awan to share decisions of the federal cabinet meeting, the law minister said the government’s right to appeal is intact and it will use its right after Lahore High Court will hear the merits of the case of Nawaz Sharif in January and give its final verdict. The reason for not filing the appeal is that Supreme Court almost never heard appeals on interim orders of the high courts, he explained.

The minister said the issue of Nawaz Sharif should not be politicised as it is not a personal matter for him or Prime Minister Imran Khan and the agenda is across the board accountability and creation of a corruption-free society. He said details of the case of Nawaz Sharif will be brought to the notice of the government of United Kingdom, adding that Pakistan’s High Commission in London will seek periodical reports from the doctors of Nawaz Sharif on his health. “If Nawaz Sharif does not return, then Shehbaz Sharif will face contempt of court proceedings,” he observed.

Earlier in the day, Nawaz Sharif departed for London in an air ambulance. The ambulance, which arrived at 8:45am at Lahore Airport, had Qatar as its first destination, from where it continued its journey towards London. An intensive care unit and an operation theatre had been set up inside while a team of doctors and paramedics was also on board

“Nawaz Sharif will go to Boston after going through a detailed checkup in London,” PML-N leader Pervaiz Rashid told Reuters.

According to immigration sources, Nawaz’s medical files were handed over to the team traveling with the former prime minister in the air ambulance. Doctors also conducted blood tests prior to the departure.

The 69-year-old PML-N supremo, who has bail in two corruption cases and is facing another reference by the National Accountability Bureau, was accompanied to the airport by a large number of supporters as well as party leaders. Party leaders, including Khawaja Asif and Ahsan Iqbal, were also present to see off the leader.

The former prime minister’s mother, other family members and his daughter Maryam bid farewell to him at the house. A large number of supporters and workers had gathered outside Jati Umra since morning prior to Nawaz’s departure.