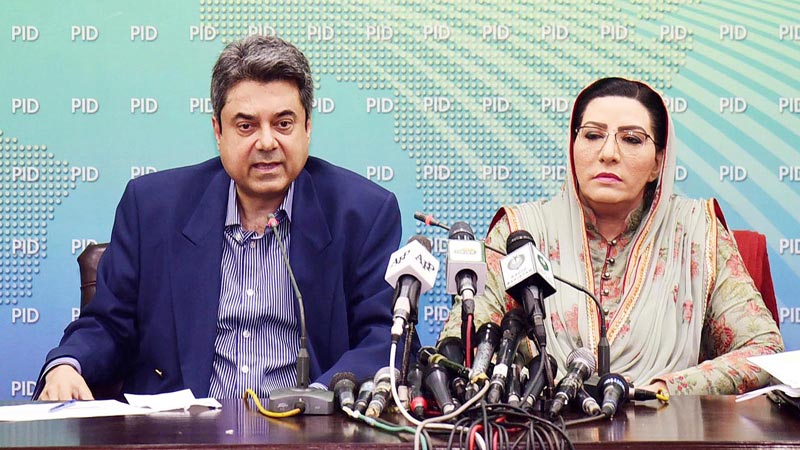 The Federal Cabinet on Tuesday, on the proposal of Prime Minister Imran Khan, accorded in-principle approval for extending relief to over 65-year old prisoners and adolescent children involved in petty crimes, besides the sick inmates whose treatment could not be ensured in jails.

Briefing media persons about the cabinet meeting chaired by the prime minister, Special Assistant to the Prime Minister on Information and Broadcasting Dr Firdous Ashiq Awan, flanked by Minister for Law and Justice Farogh Naseem, said the data of such prisoners was being collected from the provinces.

She said the cabinet was informed that the committee on jail reforms would present its report in the next meeting.

The cabinet, she said, also gave in-principle approval to the renewable energy policy after a detailed briefing by the minister for energy. The policy would encourage foreign investment and jobs creation in the country.

As the provinces, she said, earlier had a role in the tariff determination for renewal energy, therefore, the new policy would be put before the Council of Common Interests (CII) for its approval.

Dr Firdous said the cabinet congratulated Nadeem Babar for presenting a comprehensive renewable energy policy. It was told that during the past 12 months, Rs 229 billion had been collected as power dues, for which the cabinet appreciated Minister for Energy Umar Ayub’s efforts.

She said the government was focused on enhancing exports with promotion of ‘ease of doing business’. The cabinet also approved the National Tariff Policy, which was finalized keeping in view the agenda of increasing exports.

The special assistant said the cabinet was given a briefing on 134 vacant posts of chief executive officers, managing directors and chairmen in 27 ministries. It was informed that 89 additional charges were given whereas 45 posts were vacant.

The cabinet was apprised that 19 posts were vacant in the Industries Ministry, 16 in Health Services, 16 in Power Division, 10 in Petroleum Division, nine in Science and

The prime minister expressed concern over the vacant key posts and issued directives for early appointments on the same. He directed the ministers concerned to submit the plan for appointments with the PM Office within one week.

The cabinet gave approval for appointment of Raza Abbas Shah as CEO of Engineering Board, Rizwan Bhatti as CEO of Pakistan Industrial Development Corporation and Khawar Jamil as Mohtasib Federal Insurance.

She said the cabinet also discussed the departure of Mian Muhammad Nawaz Sharif abroad after the Lahore High Court verdict. The cabinet expressed its determination to bring improvement in laws to ensure their equal and across the board implementation for all. It vowed to create a society based on justice in the country.

Dr Firdous said courts could also give relief to Asif Ali Zardari if he knocked their their doors, adding Maulana Fazlur Rehman had to go empty-handed from Islamabad.

She said at the outset of meeting, the prime minister updated the cabinet about the outcome of government’s economic reforms.

Congratulating the government’s economic team on the achievements, the prime minister said for the first time the current account deficit had decreased in the country due to the measures taken by them. The improvement of economic indicators had restored the confidence of local and foreign investors.

Dr Firdous said the prime minister directed all the ministries and departments to accelerate efforts for the implementation of government’s people-friendly policies. He also directed that each ministry should assess its performance on monthly basis regarding providing relief to the people.

She said the prime minister expressed the determination that the fruit of the economic improvement would reach the common man soon and the poor would get relief.