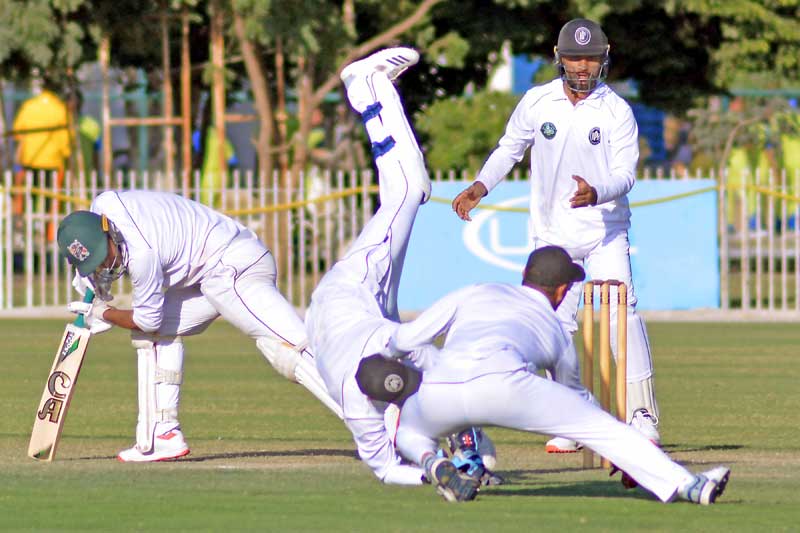 KARACHI: Khyber Pakhtunkhwa’s Junaid Khan and Usman Shinwari shared seven wickets between them as Balochistan were skittled out for 146 on day two of the four-day first-class Quaid-e-Azam Trophy match at UBL Sports Complex, Karachi on Tuesday. The left-arm pacers, operating in tandem, had Balochistan reeling at 19 for four in reply of Khyber Pakhtunkhwa’s 385 all-out. Junaid took four wickets for 36 while Usman picked up three wickets for the same amount of runs. The pair only faced resistance from Hussain Talat (25) and Bismillah Khan (35) as they stitched a 62-run partnership for the sixth-wicket. Ahmed Jamal and Khyber Pakhtunkhwa captain Fakhar Zaman were the other bowlers to have checked their wickets’ column with a wicket each. As the day concluded with the last wicket of Balochistan, Khyber Pakhtunkhwa will take a call on enforcing the follow-on on Wednesday morning. If Fakhar decides to put Balochistan in, the Imran Farhat-led side would be confronted with an arduous task of surmounting 239-run first innings deficit.

Earlier, Zohaib Khan cracked his second century of the tournament and Usman recorded his second first-class half-century. After resuming his innings on 76, the all-rounder smashed 16 fours in his 133 off 232 balls. Usman, batting at 10, hit four sixes and three fours in his 136-ball 51. Mohammad Asghar picked another wicket on day two to record the figures of six for 121.