Woman who mercilessly beat a minor girl booked by authorities

A week back, a video circulated around the internet in which a lady was beating a 5-year-old kid barbarously by holding the child by her hair which was recorded by someone secretly.

Various human rights activists and organizations requested the public to help them in catching the culprit(s). Anchorperson Kiran Naz who is famous for highlighting the inhuman act also came forward and approached parents to stop beating their children as it will leave a long-lasting negative effect on their minds. “Do not take out your frustration on your children,” she pleaded.

Numerous individuals claimed the woman hails from Pakistani Punjab, as two months earlier a student was beaten to death at Lahore’s American Lycetuff school. However, others insisted, the women belonged to India as a year ago, the same kind of video went viral of a woman who was beating her two years old son savagely, got apprehended in India.

After an intensive investigation in which Indian media also played a very crucial role, the culprit got arrested in the area of Nagri Parole in Kathua district of Indian held Jammu and Kashmir.

Talking to local media, one of the neighbors revealed that the couple used to get a fight every now and then, and every time after fighting each other, the wife used to beat her children.

Notably, the video was two months old video that was taped by the kid’s dad. It was uploaded after quite some time due to the continuous shut down of the internet by Indian authorities in the valley of Jammu and Kashmir, the police said.

It is to be noted, corporal punishment has been completely banned in Pakistan. Moreover, Pakistan was among the first nations in the United Nations to acknowledge the Rights of the Child (UNCRC) on November 12, 1990.

More recently, in May 2018, the Parliament passed the Islamabad Capital Territory Child Protection Act to provide protection and care of children from all forms of physical or mental violence, injury, neglect, maltreatment, exploitation, and abuse.

It is suggested to call immediately on the following numbers if a child being subjected to torture is witnessed;

1. Be a nurturing parent

Children need to know that they are special, loved and capable of following their dreams.

2. Help a friend, neighbor or relative

Being a parent isn’t easy. Offer a helping hand takes care of the children, so the parent(s) can rest or spend time together.

When the big and little problems of your everyday life pile up to the point you feel overwhelmed and out of control – take time out. Don’t take it out on your kid.

It can be frustrating to hear your baby cry. Learn what to do if your baby won’t stop crying. Never shake a baby – shaking a child may result in severe injury or death.

Ask your community leaders, clergy, library, and schools to develop services to meet the needs of healthy children and families.

If you have reason to believe a child has been or may be harmed, call your local department of children and family services or your local police department. (Quoted from Prevent Child Abuse) 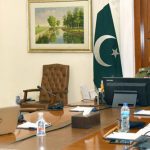 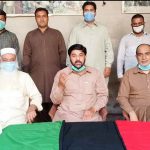