PM challenges opp to do whatever they can 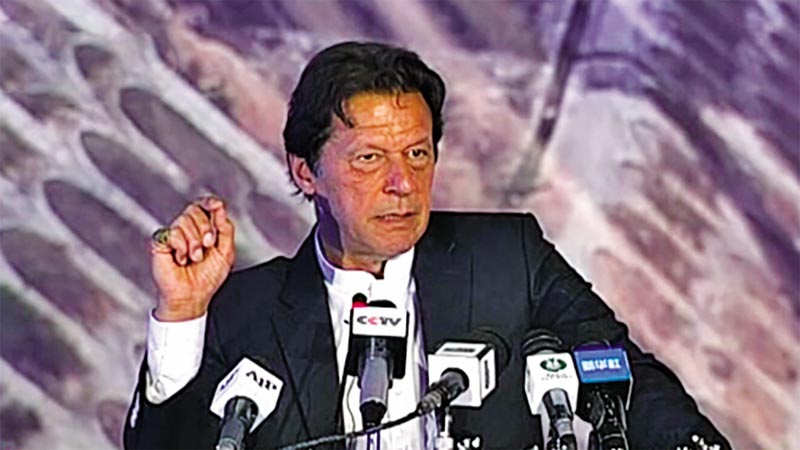 Prime Minister Imran Khan Monday reiterated that the government will not withdraw corruption cases against the opposition leaders and challenged them to do whatever they can.

Addressing the inauguration ceremony of 39.3-kilometre Havelian-Mansehra section of the118-km-long Havelian-Thakot motorway project, the prime minister said the hue and cry by the opposition parties would end the day he gave an NRO to them just like former president Pervez Musharraf.

Referring to the recent sit-in by Jamiat UIema-e-Islam-Fazl, what he dubbed as ‘circus on container’ also joined by other opposition parties, the prime minister said their only agenda was to pressure the government to withdraw corruption cases. He said even in the negotiations held during the protest, the opposition parties put forward a minus-one formula as their only objection was on Imran Khan.

The prime minister said he had already challenged the opposition leaders to spend just a month on the container and get all of their demands fulfilled by the government. “We spent 126 days on a container. A few of my cabinet members were worried but I told them not to worry as I know what is container and dharna. You can spend 126 days only if your efforts are based on an ideology,” he remarked.

He said that he had been trained to face the challenges and ups and downs and also to rise after fall. He said the PTI-led government is the first one to take the responsibility of the seminary students but JUI-F leader Maulana Fazlur Rehman misguided them and tried to exploit them by using the religion card. “The way these kids have been exploited in this dharna is deplorable. When you go and ask dharna participants, they would say Islam is in danger, Imran Khan is here to hoist the Israeli flag and we are here to save Islam. Some other would talk of Khatm-e-Nabuwwat or any likely dominance of Qadianis,” the prime minister said.

He said the students of the seminaries were compelled to brave the harsh weather conditions while their leadership was enjoying at their luxury houses. He said how a person who could change his loyalties just for the sake of the chairmanship of Kashmir Committee or a diesel permit, can give lecture on religion.

Commenting on the participation of Shahbaz Sharif and Bilawal Bhutto in the sit-in, he said he had foretold that they (opposition) would gather for the sake of their common interests. “But, their interests are totally different to those of the people of Pakistan,” he said. Imran Khan said getting lenient with the corrupt mafia could have given him a trouble-free rule, but it would have been the ‘biggest betrayal to the nation’. “Still, I have a choice to get four years of comfort in return of turning blind eye to corruption cases, however in fear of God, I have preferred a tough fight instead,” he said, adding that had he done reconciliation with corrupt politicians as former president Pervez Musharraf did, he would have been enjoying a resistance-free time in government. The prime minister said from his 22-year-long journey of struggle from cricket ground to political arena, he has the gifted ability to fight difficult situations with courage and resilience.

All four Provincial Revenue Authorities are committed to working in close coordination with each other to redress the problems being faced by the taxpayers. An Inter-Provincial Coordination Meeting was hosted by the Punjab Revenue Authority at its Headquarters on Monday. The participants included Mr. Mushtaque Kazmi, Adviser SRB, Mr. Misri Ladhani, Chairman BRA, Mr. Iftikhar Qutub, Advisor KPRA and Mr. Zainul Abidin Sahi, Chairperson PRA.

The authorities took cognisance of the issues relating to multiple compliances and inter-jurisdictional adjustment that were causing hardship for the taxpayers and discussed in detail the possible solutions to all such issues. It was unanimously decided that the best way forward lay in automation and a further enhancement of the close coordination between the four provincial revenue authorities. While discussing the development of a single portal/single return for sales tax, the participants expressed concern over the lack of progress after the meeting held at FBR Headquarters on July 11, 2019. It was decided that the Provincial Revenue Authorities will hold a meeting with PRAL in the coming week to resolve any pending technical or policy matters so that the single return can be launched as early as possible. It was also decided that in case FBR needed further time for the project, the Provinces will consider incrementally moving towards a single return for the Provinces, beginning with the major sectors that operated across Provinces. This will reduce the number of declarations per year from 60 to 24 and if FBR also decided to join in instantly, the number will fall further to 12, i.e. one return for all sales tax jurisdictions.

It was also decided in the meeting that PRA would conduct a comparative analysis of the respective sales tax laws of all Provinces and identify the major areas of difference, after which a team comprising representatives of all four Authorities will work towards harmonization of laws and rules.

The representatives further decided to move towards a negative list of services in order to make compliance easier and avoid unnecessary litigation. All four Provincial Revenue Authorities will include the necessary legal amendments in the next Finance Bill. Data sharing among the Provinces was also discussed. SRB and KPRA expressed concern over the delay in the full implementation of STRIVe, already implemented in PRA, in their respective Provinces. The matter of data sharing with FBR required for the implementation of STRIVe was decided to be taken up with FBR and PRAL again.

Other important matters including taxation of telecommunications sector, life insurance and incentives for the revival of the construction sector were also discussed at length. All the participants reiterated that cooperation and coordination among the Provincial Revenue Authorities was essential for the optimization of revenue and providing maximum ease of doing business. 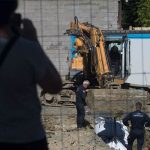 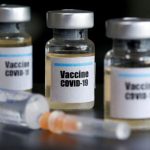