Imran to give further relief to public through new measures 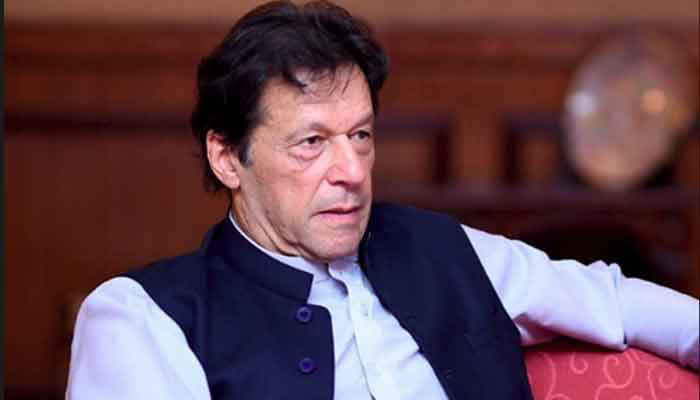 He viewed that there were a number of issues over which, without incurring any expenditures, the people could be facilitated through prompt administrative steps.

The prime minister issued the directives on the reports submitted to the PM Office by different ministries and departments regarding steps taken for the public welfare and facilitation, PM Office Media Wing said in a press release.

The purpose of these steps was to improve the living standards of the common man by providing them succour and relief, and solving those issues which had been neglected in the past. Under the prime minister’s direction, different ministries regularly identified various new measures in each meeting of the cabinet.

The Ministry of Communications informed that for the first time in the country’s history, a system had been introduced under which remittances sent by the overseas Pakistanis had been dispatched to their families without additionally charging them. Under the ministry, access to the motorways and its uses were made easier for the special persons (suffering from physical disabilities).

The Ministry of Information had directed the Pakistan Television Corporation to allocate airtime for news about the latest weather updates for different segments of the society, especially for the farmers’ community.

To facilitate females, all the offices of National Database and Registration Authority (NADRA) offices would receive them on Friday, besides other working days, which had been especially specified for them, so that they could visit these offices without any difficulty.

A report regarding governance had been provided to all the cabinet members by the PM’s Special Assistant on Social Protection and Poverty Alleviation.

The Ministry of Power had also introduced a comprehensive complaints redressal mechanism under which the consumers could register their complaints on a toll free number of 118 to get them resolved.

For the recruitment on class four vacancies, the Establishment Division had issued directions to all the ministries. According to the report, to facilitate the overseas Pakistanis numerous steps had been taken. Q-management system had been introduced at all the embassies and missions abroad by the Ministry of Foreign Affairs.

The Ministry of Aviation had introduced a mobile ‘app’ to provide weather information and update.

The Ministry of National Health Services Regulations was introducing an automatic queue management and token system in the OPDs (outpatient departments) of all the hospitals.

The Ministry of Economic Affairs apprised the prime minister that a pilot project to review water transmission project had been launched with the assistance of Japan International Cooperation Agency (JICA).

Meanwhile, Prime Minister Imran Khan has taken strict notice and decided to take action against the officers who are responsible for not addressing the complaints of people on ‘Citizen Portal’.

According to the spokesperson of Prime Minister’s Office, a five-member committee will be constituted in every ministry and department, headed by a grade-20 officer or a joint secretary.

The committee will evaluate the performance of officers who are assigned to address the complaints on Citizen Portal. The negligence in all the resolved and unresolved complaints will be indicated on priority basis.

The complaints are being addressed by the subordinate staff instead of senior officers which results into unnecessary delays, the spokesperson said and added no solid reasons are shared by the ministries and departments, in case the relief is not provided to a citizen’s complaint.

The cases are also closed without following the guidelines for solution. Furthermore, the officers do not have a documentary evidence of the solved cases. All the federal and provincial ministries, divisions and departments have been directed by the Prime minister’s office to submit their review reports within 30 days, the spokesperson said.