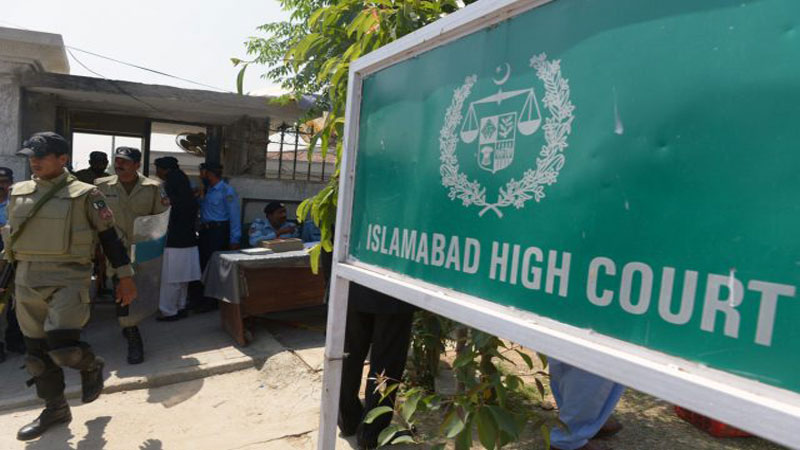 The Islamabad High Court (IHC) on Monday directed the federal government to immediate release of six months salaries to sacked employees of Pakistan Medical and Dental Council (PMDC) by December 5.

While hearing a petition filed by PMDC employees through advocate Raheem Bhatti, IHC justice Mohsin Akhtar Kiani expressed annoyance over federal government saying that you still failed to submit the comments in this regard. “On previous hearing, you claimed that you will submit the response until next hearing but still you did not comply”, Justice Kiani recalled, adding that if the six months salaries are not involved the court turns down the presidential ordinance.

The council Raheem Bhatti said that the health ministry appointed four employees in the PMC illegally. In response, Justice Kiani remarked “not only this, the appointed employees also started illegal activities as well in the council”.

The next hearing of this would be held on December 5.

The move perturbed the employees and they are continuing a protesting outside PMDC (now PMC) building against their removal.

Under promulgation of the ordinance by President Dr Arif Alvi, the Ministry of National Health Services (NHS), on October 20, directed all existing staff of the PMDC to go home and through Islamabad district administration and police the ministry took over the possession of the PMDC building.

Since they are protesting many parliamentarians belonging to opposition parties, and representatives of different bodies including World Federation of Medical Education (WFME), Foundation for Advancement of International Medical Education and Research (FAIMER), Young Doctors Association (YDA) and some other medical related organizations shown solidarity with PMDC employees and they condemned the government’s decision.

Moreover, opposition parties also highlighted the issue in both houses of the parliament of Pakistan.

Special Assistant to the Prime Minister on Health Dr Zafar Mirza, however, claimed on many occasions that the new ordinance was the need of the hour and it would address all issues related to medical education.

Meanwhile, under the Ordinance an unlimited autonomy has been given to private medical and dental colleges as they will now be able to charge fees of their choice.

According to the ordinance, these colleges have been allowed to give marks or points for additional tests such as interview of students. Rather than following directives of the PMC, they will now be able to appoint faculty members on the directions of universities they are affiliated with.

Moreover, the ordinance will allow strict action against those doctors who have been protesting against the Medical Teaching Institution’s move for privatisation of public hospitals.

Section 19 of the ordinance states that all candidates will have to clear the Medical and Dental College Admission Test (MDCAT) to get admission in medical or dental colleges and only a single admission test would be held across the country.

After March 2020, students after clearing the Bachelor of Medicine and Bachelor of Surgery (MBBS) and Bachelor of Dental Surgery (BDS) will have to clear the National licensing Exam (NLE) to start practice. Earlier that requirement was only for foreign graduates.

Sub-Section 3 of Section 19 states that admission to medical or dental programmes conducted by public colleges would be regulated as per the policy of provincial governments.

However, admission to a private college would be in accordance with the criteria and requirements stipulated by the private college at least one year in advance of the admission, including any additional entrance test as may be conducted by a private college subject to any condition imposed by the relevant university to which the college is affiliated.