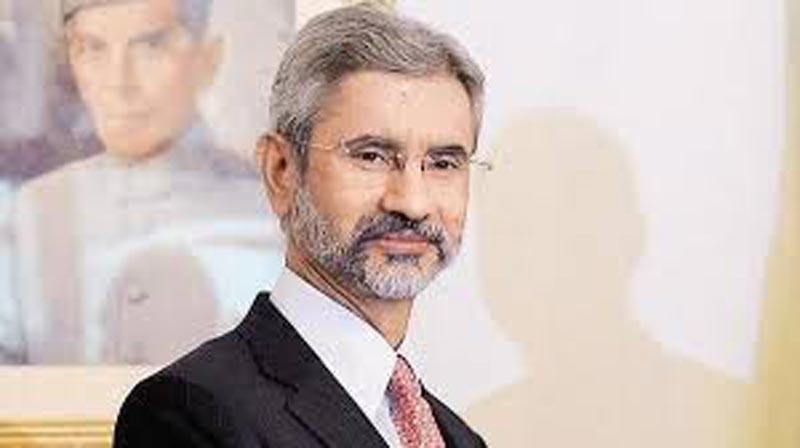 Pakistan on Sunday rejected the ‘unfounded’ remarks by Indian External Affairs Minister Subrahmanyam Jaishankar, stating that it would continue to raise the voice of the people of Indian-held Kashmir (IHK).

“We firmly reject the unfounded remarks reportedly made by the Indian External Affairs Minister (EAM) in an interview with a French newspaper and in interaction with certain other media outlets,” read a statement issued by the Ministry of Foreign Affairs (MoFA).

The Foreign Office said that it was unfortunate that the BJP-led government continued to manufacture facts with regard to the issue of terrorism and the situation in IHK.

“This outburst is yet another reflection of India’s characteristic hubris and the BJP government’s well-known smear campaign against Pakistan,” stated the press release.

The press release responded to the Indian external affairs minister’s remarks by stating that Kulbhushan Jadhav was the face of Indian terrorism that was being exported to Pakistan.

Pakistan said that despite its state-terrorism, the Indian government had failed to suppress the voice of the people of Occupied Kashmir who are demanding self-determination, a right which has been granted to them by the United Nations Security Council resolutions.

The press release condemned India for housing elements that were ‘preaching hate and carrying out hate crimes’ particularly against its minorities.

Pakistan called into question India’s claims about there being peace in Occupied Kashmir, stating that the peace was not visible to the outside world.

“India would be well-advised to move away from its obsession with Pakistan and also from its continued denial of reality,” stated the press release.

Pakistan said that it would continue to raise the voice and plight of the people of Occupied Kashmir and would push for a peaceful resolution to the international Kashmir dispute.

In an interview, the Indian external affairs minister had asked Pakistan to hand over alleged militants that New Delhi claims Pakistan has if it wants to improve ties with India.