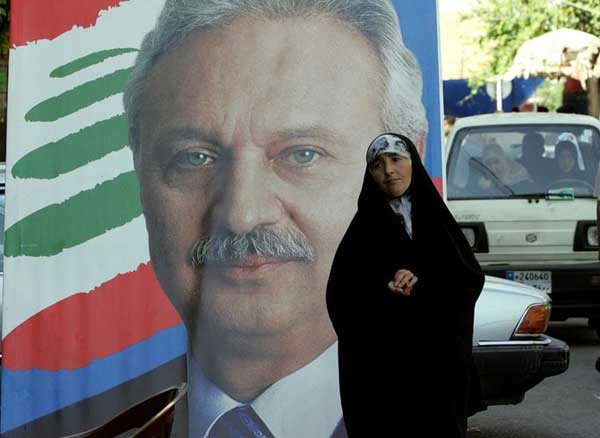 Former Lebanese finance minister Mohammed Safadi withdrew his candidacy to be the next prime minister on Saturday, saying that he saw that it would have been difficult to form a “harmonious” cabinet supported by all parties.

Safadi, 75, emerged as a candidate on Thursday when political sources and Lebanese media said three major parties had agreed to support him for the position.

His decision to withdraw throws Lebanon’s push to form a government needed to enact urgent reforms back to square one in the face of unprecedented protests that prompted prime minister Saad Hariri to resign last month.

Safadi said in a statement that he had decided to withdraw following consultations with political parties and a meeting on Saturday with Hariri.

“It is difficult to form a harmonious government supported by all political sides that could take the immediate salvation steps needed to halt the country’s economic and financial deterioration and respond to the aspirations of people in the street,” the statement said.

Protesters who took to the streets on Saturday denounced Safadi’s potential nomination, saying it ran counter to nationwide calls to oust a political elite they see him as part and parcel of.

In the statement, Safadi thanked President Michel Aoun and Hariri for supporting his candidacy, and said he hoped Hariri would return as premier to form a new government.

Shiite group Hezbollah and its Shiite ally Amal had agreed to back Safadi following a meeting with Hariri late on Thursday, according to Lebanese media and political sources, but no political party had since formally endorsed his candidacy.

The two Shiite groups, along with Aoun, a Maronite Christian, have sought for Hariri to return as premier but have demanded the inclusion of both technocrats and politicians in the new cabinet, while Hariri has insisted on a cabinet composed entirely of specialist ministers.

The process for choosing a new premier requires Aoun to formally consult members of parliament on their choice for prime minister. He must designate whoever gets the most votes.

Lebanon’s prime minister must be a Sunni Muslim, according to its sectarian power-sharing system.