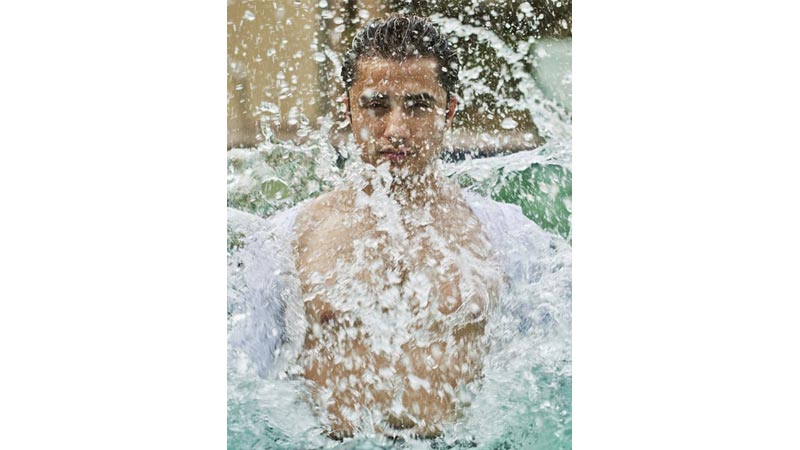 Actor and singer expressed his thoughts on the International Day of Tolerance in these words, “Human beings are complex, emotional beings.

Why we behave in a certain manner, is hard to define. However, most of our actions, opinions, responses or reactions are based largely on our own perception of reality.

Truth and reality though inter-connected, sometimes exist in separation. Truth is absolute, Reality can be cognitive. Truth is based on unalterable facts, reality can be part of our well guided or misguided perception. And since it’s driven out of human experience, one cannot deny the possibility of human flaw in perceiving it and rule out the discrepancies in its outcome. Hence the term “difference of opinion”.

What are opinions? Our opinions is our expression to express our version of reality which we believe to be the ultimate truth, depending on how evolved the mind, the collective mindset or consciousness of a people is.

A weak or feeble mind is the one that is less aware or lacks the capability for rational thinking intrinsically based on the golden principles of humanity such as compassion, kindness, empathy and tolerance. Such a mind consciously or sub consciously tries to cover up for its weakness by projecting its false ego or image onto the world as its self-created reality which may be different and disconnected from the truth, resulting in a distorted misinterpretation of the self which results in repeated rejection both inwards and outwards critically damaging a person’s self-esteem.

The futile effort to prove its own reality as the “ultimate truth” relapses time and again causing deeper levels of frustration, anxiety, anger and other such negative thoughts and emotions. If the same is done on a mass level, then the implications multiply. This has a spiralling effect leading to destructive metamorphosis. Unless, the subject is not able to or made to observe itself as an outsider with a deeper external awareness of itself or a stronger inner awareness of its being, it will continue on the path of self pity and self destruction. The body will follows the mind into self annihilation. The truth, however, being its unshakable, unalterable self, does not care and does not comply to human emotion or await its evolution. It just is. Time and space are also irrelevant to the expression of truth. It expresses itself however and whenever it wants to.

In the modern era of social media, where everyone has a tool to voice their opinions, I believe, that we all must take into consideration the golden rules to peaceful co-existence between human beings. The need for critical thinking, the hunger for knowledge and wisdom and the thirst to embody the golden values of love, compassion, kindness, empathy and tolerance. Not for anyone else, but ourselves.”