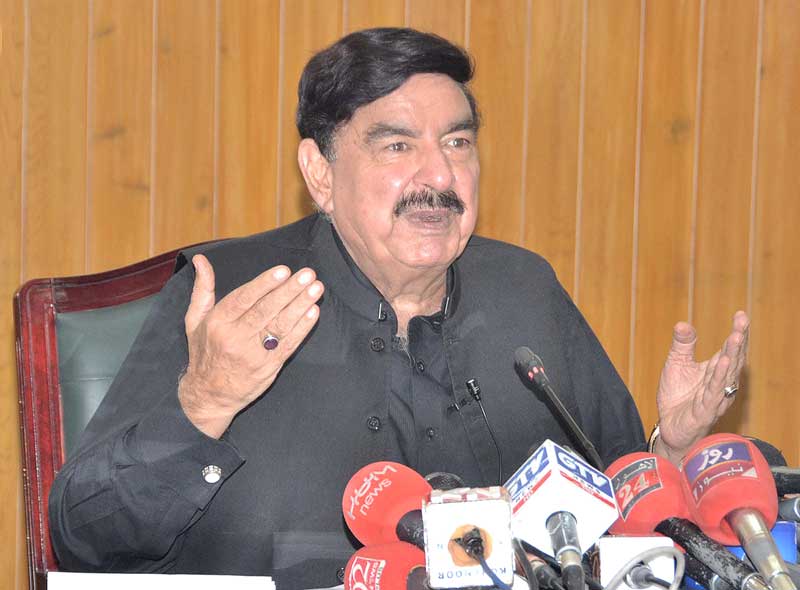 Addressing a press conference here at PR Headquarters on Saturday, he said people gave mandate to the prime minister for holding the looters accountable, and any safe passage to Nawaz Sharif by the government could be problematic for it. However, the current situation, in which courts were involved, was better for both parties including the PML-N and the government, he added. “Today, tomorrow or the day after tomorrow, Nawaz will leave the country,” he added.

The minister said the politics of JUI-F chief Maulana Fazlur Rehman has ended with the termination of sit-in at Islamabad and it would hardly be able to win four or five seats in the next elections. He said weather had always played a crucial role in war and politics and Fazl did not choose the right time for his protest. Fazlur Rehman had succeeded in gathering thousands of his followers in Islamabad, but the PML-N, PPP or locals did not support him, he added.

Sh Rasheed said road blockage in the name of Plan-B by Fazlur Rehman was illegal and the government machinery could take action against it, adding majority of Pakhtuns were attached with the transport business and they themselves would punish Fazlur Rehman if their business was damaged.

“Fazlur Rehman was trying to copy Imran Khan in his sit-in, but he could not succeed in copying him and the number of participants in the sit-in had started decreasing day by day,” he said and added that Fazl took a wise and timely decision of terminating his sit-in.

He alleged that Fazlur Rehman’s sit-in badly damaged the cause of Kashmir as he engaged international and domestic media and Kashmir issue got ignored.

The minister said the country was improving and hoped that Prime Minister Imran Khan would overcome all issues and inflation during the upcoming year.

To a question, he said price-hike was an issue and the prime minister was fighting against inflation and unemployment.

“The MQM, PML-Q and other coalition partners are standing with the prime minster,” he said.

To another question, he said the matters with Asif Ali Zardari and his companions except Khurshid Shah would settle down within four to six months.

“I am seeing no future of Nawaz, Shehbaz and Asif Zardari in politics,” he said.

To a question about the responsibility of accidents of trains, he said he was responsible but added that revenue had also been increased in his tenure.