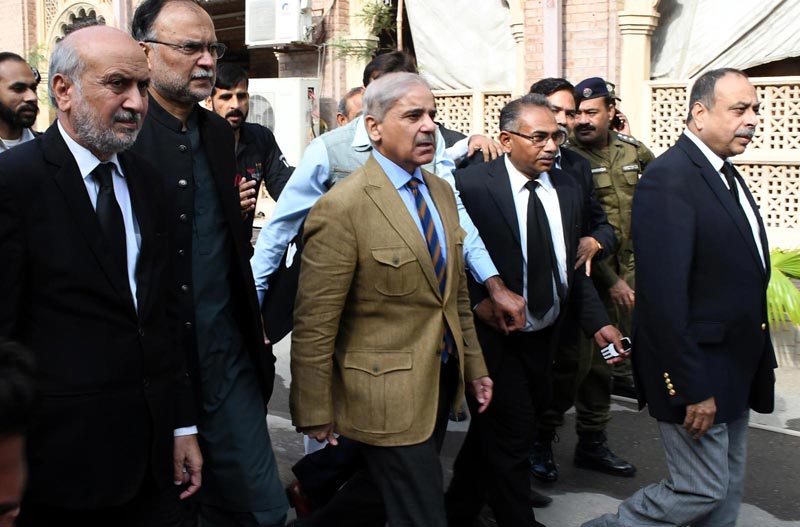 The Lahore High Court (LHC) on Saturday directed the federal government to remove former prime minister Nawaz Sharif’s name from the exit control list (ECL) without any conditions for a period of four weeks.

In its decision, the LHC ruled that in case Nawaz’s health doesn’t improve, the time period can be extended, adding that the government officials will be able to contact Nawaz through the Pakistani embassy. According to the order, Shehbaz Sharif can accompany his brother abroad for four weeks.

In an undertaking also approved by the court, Nawaz assured that he will return ‘within four weeks’ ? a timeframe which was missing in the initial handwritten undertaking. “I further undertake to provide/send the periodical medical report of the doctor duly notarised by the embassy to the registrar of this court,” said the document signed by Shehbaz. “I also undertake that if at any stage, the federal government has credible information that Nawaz Sharif is living abroad despite his fitness to travel, a representative from Pakistan’s High Commission would have a right to meet with his physician(s) to verify or confirm about his health,” the document further read.

The high court earlier said that it will create its own draft of Shehbaz’s undertaking guaranteeing the return of his brother to Pakistan, after the siblings and the government’s counsels could not reach an agreement on the phrasing of the draft and its terms. While the draft was accepted by the PML-N, it was rejected by the government’s legal team.

Later, Shehbaz’s lawyer submitted a two-page long draft of the affidavit in the court. According to the details of the draft, “Nawaz Sharif will return to the country as soon as his health is stabilised. He [Nawaz Sharif] will face his cases as soon as he returns to the country.”

The affidavit further said that Nawaz will return to the country as soon as the doctors allow him. “Nawaz Sharif is travelling abroad on the recommendation of the Pakistani doctors,” it read.

However, the draft submitted by the government lawyer was rejected by Shehbaz’s lawyer, stating that it was ‘unconstitutional’.

The court suggested that the word ‘facilitate’ be replaced with ‘ensure’ in the undertaking submitted by Shehbaz. The court also ordered that Nawaz’s medical report be presented. The additional attorney general requested that the government’s draft be made part of the court order.

Speaking to media following the court orders, Shehbaz Sharif said that an air ambulance will take Nawaz to London, most likely on Sunday. The PML-N president said that he will be accompanying his elder brother. “Initially, we are going to London but we will move to any other country as per doctors’ advice,” he said, adding that if needed, he will stay abroad with his brother. The PML-N president said Maryam Nawaz Sharif will remain in the country.

Party spokesperson Marriyum Aurangzeb in a statement said arrangements are being made on emergency basis to shift Nawaz Sharif abroad for medical treatment. She said that doctors need 48 hours to stabilise Nawaz Sharif for a long journey. Doctors are taking measures to avoid heart problems and to maintain Nawaz’s platelets count during the journey, she added.

A private TV channel claimed Nawaz Sharif will be shifted to a Boston hospital after initial treatment in the United Kingdom (UK). It reported that the former prime minister is most likely fly to out of the country on Monday evening. The air ambulance in which Nawaz will travel will stop for a brief while as it cannot undertake the long journey in a single stroke.

Reports said Nawaz will seek treatment for his kidney and heart in UK. In the US, the former prime minister will be treated for his platelet condition. Nawaz will be treated in another city in the UK apart from London. Appointments have been made with doctors in the UK and the US, according to the report.