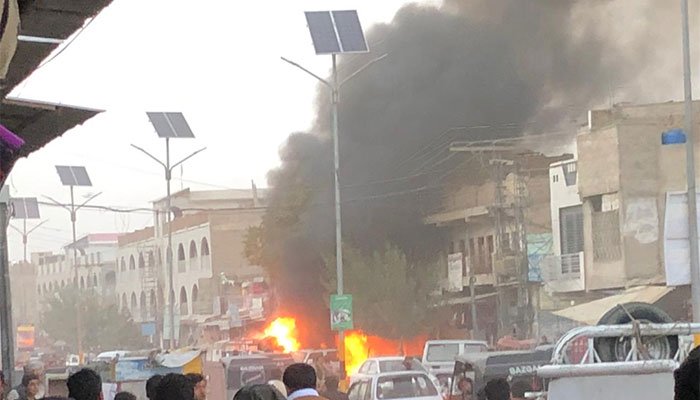 According to reports, the blast took place near a vehicle in Quetta’s Buleli area.

Police and Frontier Corps personnel cordoned off the area while the injured shifted to hospital.

On Monday a blast targeting a police van in Quetta wounded nine people including three policemen.

According to reports, the blast took place after explosives were planted on a motorcycle on Quetta’s Spinny road.

This is the third incident in a series of blasts targetting police personnel in Balochistan’s provincial capital.

Last week, at least one person was killed in an explosion at the city’s Double road which also left 10 people wounded.