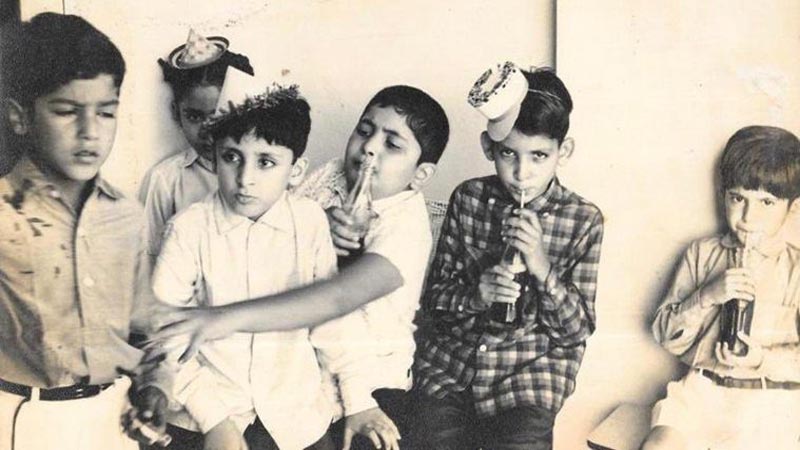 Rishi Kapoor probably went through his old albums on Wednesday as he shared a childhood photo. The throwback photo features him along with friends Boney Kapoor, Anil Kapoor, cousin Aditya Raj Kapoor and producer Tutu Sharma. Clicked by Khalid Mohammed, the photo seems to be taken at a birthday party as we see Kapoor wearing a birthday cap and trying to take something from his friend while sipping his soft drink.

In the comments section, many fans of the veteran actor mentioned how adorable he looked in the picture. One of them also compared Rishi’s cuteness with that of Kareena Kapoor’s son Taimur.

For Anil Kapoor, some users mentioned how at least he looked different as a kid since even in his 60s, he looks like a 25-year-old. One of the users commented, “Chalo, here is proof that @AnilKapoor looked different when he was a child. Otherwise he has not changed a bit since he was 25. Lol.”

Later, on Thursday, Rishi Kapoor shared a photo of late actors Nargis Dutt and Raj Kapoor enjoying their Coca-Cola. He captioned the photo, “Another generation with Coca Cola!”

On the work front, Rishi Kapoor will next be seen in Jeethu Joseph’s crime thriller The Body along with Emraan Hashmi and Sobhita Dhulipala. The film is a remake of a Spanish film of the same name.