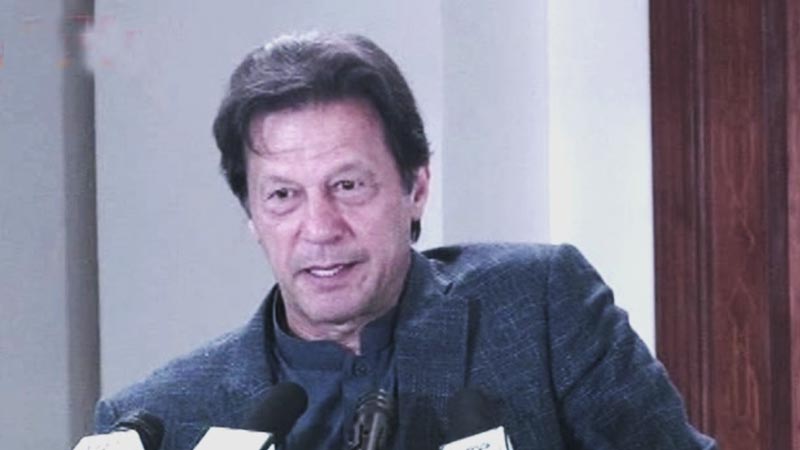 While addressing the Sino-Pak Tyre Manufacturing Joint Venture’s tripartite signing ceremony between MSD Tire and Rubber Company, Doublestar China and Daewoo Pakistan Express Bus Service Limited here at the PM Office, the prime minister congratulated his economic team for putting the country’s economy on the path of stabilisation. He said the stabilisation of economy is evident from the fact that the current account deficit has improved, rupee has gained its value against dollar over the last three months, and stock market is showing positive sentiments.

The prime minister said that with a recent World Bank report listing Pakistan at number 6 and 28 points improvement in terms of ease of doing business, the heads of International Monetary Fund (IMF), World Bank (WB) and the Asian Development Bank (ADB) have also acknowledged stabilisation of Pakistan’s economy. He said now the government’s focus is on creation of job opportunities for youth and encouraging investment so as to achieve an enhanced and more than projected economic growth rate. In this respect, the prime minister said, the government is also offering incentives to various sectors including the construction sector and is working on ease of doing business for the investors.

The prime minister said improvement in current account deficit will in turn help appreciate the value of rupee and check inflation through decrease in prices of petroleum products, utilities and transportation. He said with the blessings of Allah Almighty, the country has been put on the right direction and efforts are afoot to create job opportunities and attract foreign investment through ease of doing business. He said with the strengthened Pak-China relations where the Chinese leadership including President Xi Jinping and Premier Li Keqiang are encouraging the Chinese companies to invest in Pakistan, such joint ventures like in tyre manufacturing will further push economic growth in the country. He said China’s Belt and Road Initiative (BRI) is a great opportunity for Pakistan to achieve economic development and progress.

Separately, Prime Minister Imran Khan Wednesday stressed the need for revenue and tax collection as key drivers for the economic stability and noted that Federal Board of Revenue (FBR) has significant role in this regard.

Addressing a gathering of taxmen of FBR, he said the countrymen are generous in charity giving but shirk of paying taxes, and urged the FBR officials to devise reforms which can restore people’s confidence in the tax machinery besides enhancing their performance coupled with easy tax payment system. He also assured the FBR officials that they will be fully taken on board on tax reforms as their role has been crucial in the country’s economic stability.

He said Pakistan has been at the historical crossroads and his government is committed for reforms in the revenue and tax systems which has already been started. The government through holistic approach has been introducing all bracing reforms, with exports witnessing a surge and the stock exchange gaining momentum, he said. The prime minister also expressed his satisfaction over the country’s enhanced performance in the ease of doing business as its business outlook had been enhanced by seven per cent.