Pakistan rules out deal on Indian spy; says ICJ verdict to be dealt under law of land 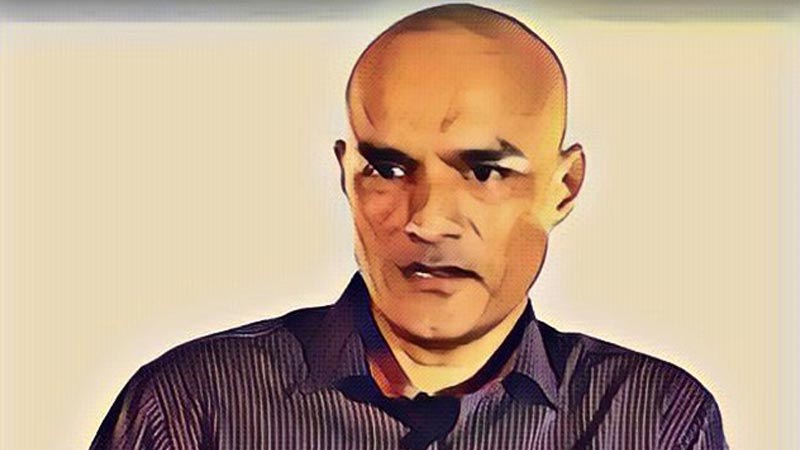 Responding to Pakistan People’s Party leader Sherry Rehman, the minister told the Upper House that the government has no intention to bring any sort of legislation for an amendment in the Pakistan Army Act and termed such reports totally baseless.

Meanwhile, the House resumed discussion on a motion moved by Opposition Leader Raja Zafar-ul-Haq and others regarding the curfew and lockdown in Indian-held Kashmir and the future strategy of the government. Participating in the discussion, Senator Barrister Saif said people of the occupied valley have the right to fight for their freedom. He said development in an occupied area will not be considered as development but strengthening of the occupation. He urged the government to internationalise the human rights abuses aspect in the valley.

Senator Raza Rabbani in his comments said multinational companies and western countries have conditions that if a country commits human rights violations then there will be no trade with such country. “But unfortunately, western countries have not suspended their trade with India which reflects their double standards,” he said, adding that abrogation of Article 370 has far-reaching impact which may not be limited to Pakistan and India but peace of the whole region is in danger.

He said the new wave of Hindu nationalism in India has turned it into a fascist state. He urged the UN to send its observers to the occupied valley. He said India feels that it has won Kashmir but in reality it has lost the soul and democracy. He suggested the government to do more work to internationalise the Kashmir dispute and also contact the OIC in this regard. He especially mentioned Saudi Arabia and UAE to consult with them and apprise them about the human rights violations in Indian-held Kashmir.

Senator Abdul Qayyum said Kashmir is an unfinished agenda of the partition. He said Pakistan considers Kashmir as its national security issue. He said think tanks and sane voices within India are raising voice in favour of the Kashmiri people. He regretted that Pakistan could not respond in a befitting manner to India at the diplomatic level over human rights violation in the occupied valley.

Jamaat-e-Islami leader Sirajul Haq claimed that Kashmir dispute is a matter of life and death for Pakistan and the entire nation is united in it. He called for effective measure to highlight Kashmir dispute at the international forums.