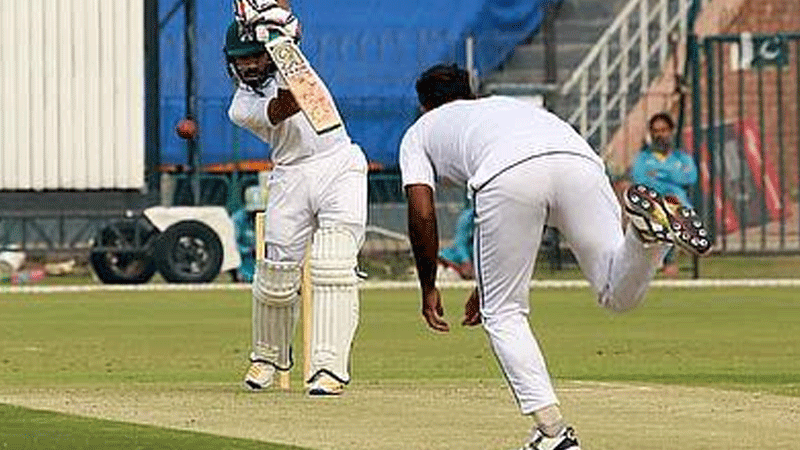 LAHORE: Imran Butt’s eighth first-class century and two early wickets by Taj Wali and Mohammad Asghar put Balochistan ahead of Central Punjab on day two of their four-day first-class Quaid-e-Azam Trophy seventh-round fixture at Lahore’s Gaddafi Stadium on Tuesday. Balochistan scored a mammoth 450 all-out on the back of Butt’s 137 and reduced the hosts to 28 for two before the play had to be called-off due to fading light. Twenty-three-year-old Butt continued his impressive form after resuming his innings on 77 and cracked his second 100-plus score in the tournament. He knitted a solid 167-run partnership for the third-wicket with Balochistan’s captain Imran Farhat –– who scored 87 off 155 balls, hitting 11 fours –– and smashed 16 fours in his 225-ball stay at the crease before he was removed by Aizaz Cheema, who returned his 37th five-for in first-class cricket. The 40-year-old right-arm medium-fast took five wickets for 100 runs in 31.1 overs, providing crucial breakthroughs to hosts over the course of his spells. Other notable performance with the ball came from right-arm medium-fast Mohammad Ali who picked up two more wickets on Tuesday and returned three for 72.