Misbah wants batsmen to pull up socks ahead of Australia Tests 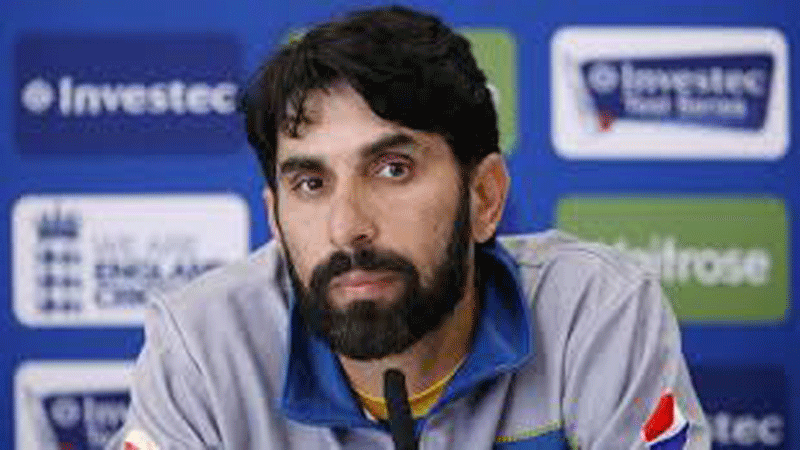 Pakistan’s head coach-cum-chief selector MisbahulHaq, in a Youtube video by the Pakistan Cricket Board (PCB) on Monday, put the focus on the Men in Green’s batting line-up ahead of their upcoming Test series against Australia.The former captain revealed that the batting was the plus point for the Men in Green and a score above 400 runs would create problems for the hosts.”Our batting line is the plus point in the Test series against Australia. We will have to play good cricket. The Pakistan team is capable of winning both matches. Batsmen Azhar Ali, AsadShafiq along with Babar Azam and Iftikhar Ahmed are in fine form. If we are able to score more than 400 runs we will be able to give the hosts a tough time,” Misbah said.Misbah believed Pakistan had the adequate bowling attack that is ready for the challenge of facing Australia Down Under.

“Our bowling line contains some good young pacers such as fast-bowlers Naseem Shah, Musa Khan and Shaheen Shah who along with leg-spinner Yasir Shah have the capacity to deliver a good performance. They have a great opportunity to perform,” he said. “Yasir Shah has already toured Australia. He has now arrived here with complete preparations. I am hopeful he will not repeat his past mistakes and perform for the betterment of the team.”The 45-year-old revealed it was hard to keep the morale of the team high after their recent Twenty20 International (T20I) loss against Australia but claimed that they were still trying to get the best out of the players.”It is important to take 20 wickets inorder to win a Test match. We will have to perform well in all departments of the game against Australia. It is hard to keep morale high after the T20I loss. We are trying to get the best from the players,” he said.

Misbah believed that the young players in Pakistan’s current squad were the future of the side. “We want to win both matches. We will get to learn a lot from this experience. Playing here provides you with good experience to play in other places as well. Players like Musa Khan, Naseem Shah, Khushdil Shah and UsmanQadir are the future of Pakistan cricket,” he concluded.