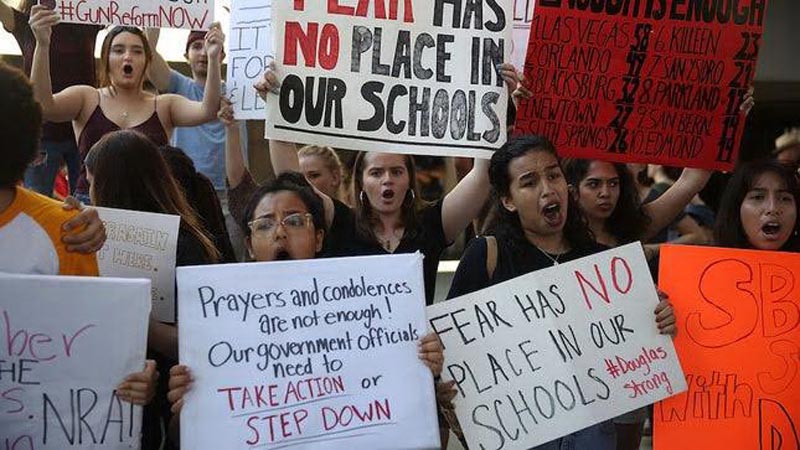 Most students who committed deadly school attacks over the past decade were badly bullied, had a history of disciplinary trouble and their behavior concerned others but was never reported, according to a U.S. Secret Service study released Thursday. In at least four cases, attackers wanted to emulate other school shootings, including those at Columbine High School in Colorado, Virginia Tech University and Sandy Hook Elementary School in Connecticut.

The study by the Secret Service’s National Threat Assessment Center is one of the most comprehensive reviews of school attacks since the Columbine shootings in 1999. The report looked in depth at 41 school attacks from 2008 through 2017.

The information gleaned through the research will help train school officials and law enforcement on how to better identify students who may be planning an attack and how to stop them before they strike.

“These are not sudden, impulsive acts where a student suddenly gets disgruntled,” Lina Alathari, the center’s head, said in an Associated Press interview. “The majority of these incidents are preventable.”

Nearly 40 training sessions for groups of up to 2,000 are scheduled. Alathari and her team trained about 7,500 people during 2018. The training is free.

The Secret Service is best known for its mission to protect the president. The threat assessment center was developed to study how other kinds of attacks could be prevented. Officials use that knowledge and apply it in other situations such as school shootings or mass attacks. Since the Columbine attack on April 20, 1999, there have been scores of school shootings. Some, like Sandy Hook in 2012, were committed by nonstudents. There were others where no one was injured. Those were not included in the study.

The report covers 41 school attacks from 2008 through 2017 at K-12 schools and were chosen if the attacker was a current or former student who used a weapon to injure or kill at least one person at the school while targeting others.

“We focus on the target so that we can prevent it in the future,” Alathari said.

Nineteen people were killed and 79 were injured; victims included students, staff and law enforcement. The research was launched following the shooting at Marjory Stoneman Douglas High School in Parkland, Florida, in 2018.

The Secret Service put out a best practices guide based on some of the research last July to 40,000 schools nationwide, but the new report is a comprehensive look at the attacks. The shootings happened fast and were usually over within a minute or less. Law enforcement rarely arrived before an attack was over. Attacks generally started during school hours and occurred in one location, such as a cafeteria, bathroom or classroom.