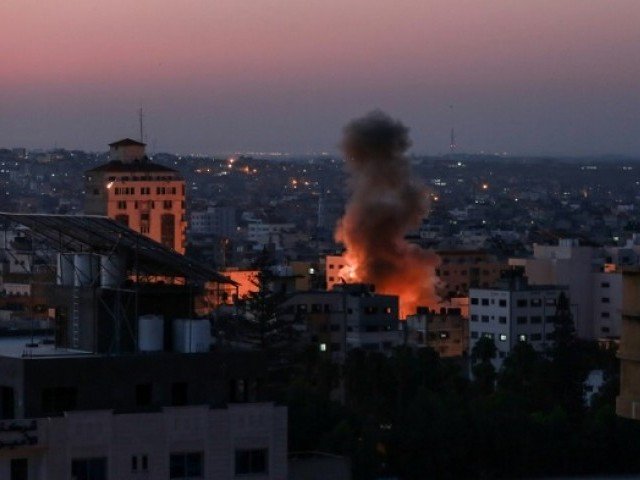 JERUSALEM: The Israeli army carried out an airstrike early Tuesday, killing a commander in the Al-Quds Brigades, the armed wing of Gaza-based resistance faction Islamic Jihad.

A pair of Israeli airstrikes targeted senior Islamic Jihad commanders in Gaza and in Syria early today, escalating Israel’s confrontation with Iran across the region and threatening to unleash another devastating round of cross-border violence with Palestinian militants.

In northern Gaza an Israeli strike killed Bahaa Abu el-Atta and his wife, setting off a barrage of rockets, some of which reached as far as the Tel Aviv heartland as Islamic Jihad vowed further revenge.

The Israeli military says Abu el-Atta was the mastermind of recent attacks against it, and responsible for most of the rocket, sniper and drone fire from the region.

The airstrikes come at a tenuous time politically for Israel, as Prime Minister Benjamin Netanyahu leads a caretaker government after two inconclusive elections. His chief challenger, former military chief Benny Gantz, is currently trying to build a coalition government of his own.