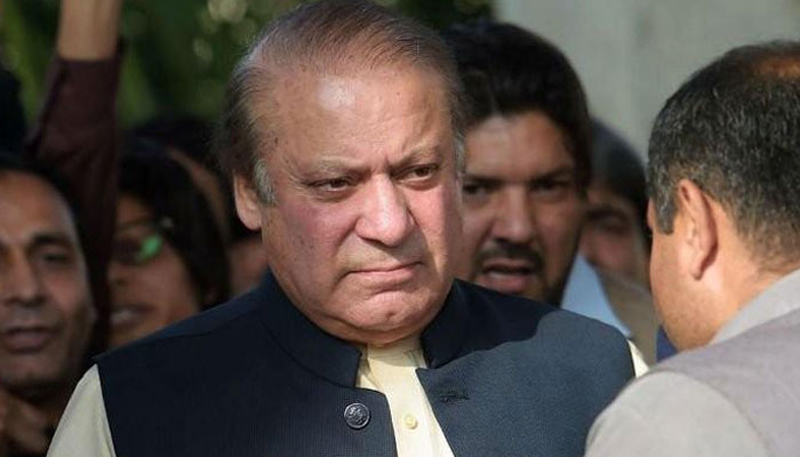 The issue of removing former prime minister Nawaz Sharif’s name from the exit control list (ECL) is set to be taken up by a sub-committee of the federal cabinet on Tuesday (today).

Earlier in the day, in its official response to the interior ministry, the National Accountability Bureau (NAB) said the federal government is the ‘competent authority’ to handle such matters.

The development came hours after Dr Firdous said the decision to remove Nawaz’s name from the no-fly list will be taken in light of the recommendations of NAB and the medical board.

In a response submitted to the interior ministry, the NAB spokesperson said that ‘the federal government is the competent authority to remove names from the ECL’. It also stated that there were past precedents, including in the case of convicted murderer and former MQM worker Saulat Mirza, in which the federal government had struck convicts’ names off the ECL without asking NAB, the spokesperson added.

The interior ministry, meanwhile, shifted the responsibility to the subcommittee headed by Law Minister Barrister Farogh Naseem, which rescheduled its Wednesday’s meeting to Tuesday to deliberate upon the matter. The sub-committee on ECL will present its recommendations which will be submitted to the federal cabinet. The sub-committee has issued notices to the relevant parties, including secretary health Punjab and the medical board. The notice mentioned that the complainant – Shehbaz Sharif – or his representative should appear before the committee. In response, Pakistan Muslim League-Nawaz spokesperson Marriyum Aurangzeb said that Shehbaz Sharif’s representative Attaullah Tarrar and Dr Adnan will appear before the committee.

Federal Minister for Science and Technology Fawad Chaudhry Monday claimed that most of the members of the federal cabinet are not in favour of removing former prime minister Nawaz Sharif’s name from the ECL. He said the federal cabinet had not yet received any summary in this regard. Cabinet’s approval is required to exclude his name from the ECL so that he can go abroad for medical treatment, he clarified.

Fawad further said that he also opposes the decision of sending Nawaz Sharif to London. He criticized the PML-N for not building such a hospital where its supremo can get satisfactory treatment. “If I were in Nawaz’s place, I would have preferred to die instead of saying that there is no hospital of my standard in Pakistan,” he added. Punjab Governor Chaudhry Sarwar, however, said he has personally contacted all relevant institutions regarding the legalities that need to be issued to send the former prime minister abroad. “I have personally contacted all relevant institutions and I believe that his name will be removed from the ECL on Tuesday and he [Nawaz] can travel wherever he wants,” he said.

Sarwar added that after the medical board had said that Nawaz should go abroad, the government had adopted a very clear stance that sending him abroad as soon as possible is better, as they don’t want to take any risk regarding the former prime minister’s health.

Speaking to reporters in Lahore on Monday, Punjab Health Minister Dr Yasmin Rashid said that the ministry of interior has sought details from the medical board regarding Nawaz Sharif’s treatment abroad. She explained that the 10-member medical board, which was examining Nawaz Sharif during his stay at Services Hospital, has recommended that the former prime minister be allowed to travel to a foreign country for tests which are not available in Pakistan. “We then wrote back to the doctors asking them to elaborate what those tests are that are not available at public hospitals in the country and to explain why Nawaz Sharif was a high-risk patient?” she added. The board’s reply, she said, will then be forwarded to the interior ministry.

In a second statement issued later in the day, Aurangzeb revealed that an air ambulance has been arranged to take the former prime minister abroad. It will reach the country on Wednesday, she said, adding that doctors will undertake medical procedures on Tuesday to bring Nawaz’s platelet count to an acceptable level for travel.