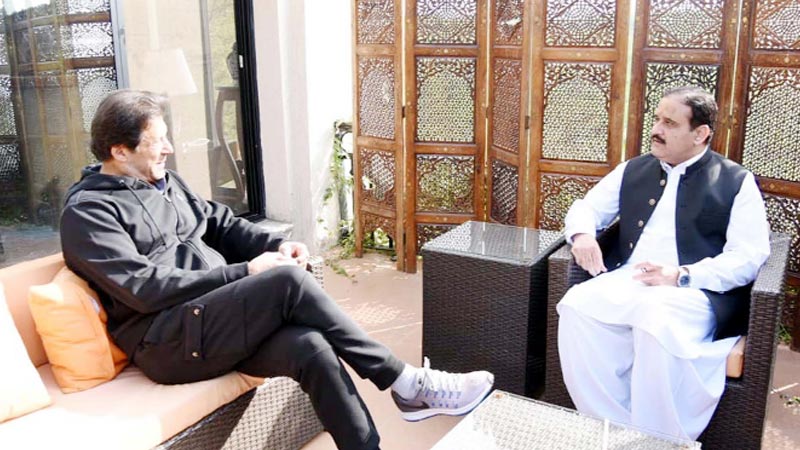 Prime Minister Imran Khan Monday said that after achieving the economic stability and revival of business sector’s confidence, the government is now fully focusing on relief to common man besides ensuring the investors’ facilitation and bringing the ease of doing business.

Chairing a meeting of his economic team here, the prime minister said in order to bridge demand and supply gap and make future estimates, a special cell is being set up at the Ministry of Food Security for future planning and administrative measures. He said the step will not only help bridge the demand and supply gap but also control the prices of the commodities.

The meeting discussed the promotion of foreign investment, incentives for large-scale industrial units, enforcement of decision for duty-free import of hospital equipment, coordination among Centre and provinces in oil, gas and minerals sectors, reduction in sugar prices and revival of the Pakistan Steel Mills.

While discussing the promotion of minerals and mining sectors, the prime minister assured federal government’s support to the provinces for their capacity building in this regard.

Commerce Advisor Abdul Razak Dawood apprised the prime minister that the process for duty-free import of the hospital equipment will complete within a fortnight. The prime minister was also briefed on the incentives being given to the large-scale industrial units.

SAPM on Petroleum Nadeem Babar told the meeting that 12 exploration and production blocks will be auctioned by December 15 for which road shows and other publicity events are being held in different countries. He hoped that the auction will bring in a considerable investment.

The prime minister was also updated on the progress in the establishment of the Tajikistan-Afghanistan-Pakistan-Iran gas pipeline and the Parco Coastal Refinery.

The meeting was told that effective measures are being taken to control sugar prices by discouraging the hoarding and profiteering. It was told that the government’s decision to provide Rs 6 billion to the Utility Stores Corporation for supply of daily use items will remarkably reduce the prices. The prime minister was told that a sufficient stock of the sugar is currently available in the country.

The prime minister also chaired a high-level meeting about revival and promotion of the construction sector. The meeting was briefed in detail about the challenges faced by the sector.

Highlighting the significance of construction sector in boosting economic activities, Prime Minister Imran Khan said the present government has given a lot of importance to the sector, which will help realize the project of five million housing units.

The meeting discussed in detail various proposals regarding the provision of bank loans, uniform implementation of taxes and promotion of public-private partnerships for the construction sector.

The prime minister was briefed about the problems faced by the builders, contractors, developers and real estate businesses, especially, the ratio of federal and provincial taxes, difficulties in provision of capital from banks, problems regarding registration, other official procedures and corruption. The prime minister, on this occasion, constituted a high-level committee to be headed by Naya Pakistan Housing Authority Chairman Lt Gen (r) Anwar Ali Haider to formulate practicable proposals to address the challenges including the federal and provincial taxes faced by the construction sector.

Other members of the committee included Federal Board of Revenue (FBR) chairman, State Bank of Pakistan governor, Punjab finance minister, provincial chief secretaries and other relevant officers. The prime minister directed the committee to submit a strategy along with recommendations to address the problems about taxes, provision of loans from banks and other difficulties faced by the construction sector within the next 24 hours.