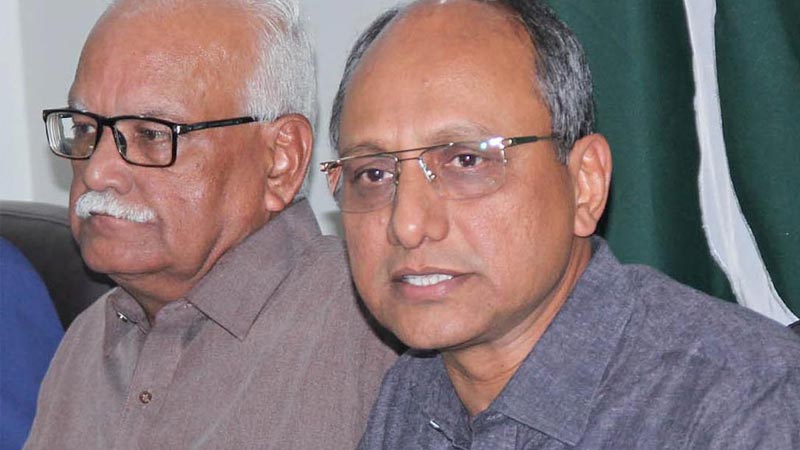 Sindh Minister for Information, Archives and Labour Saeed Ghani has said that the Sindh government was performing far better than any of other provinces’ government or the federal government.

While addressing a press conference on Saturday, Ghani said that the allegations levelled by Prime Minister Imran Khan on the Sindh government that it had failed were baseless. He said that if ever a thorough audit of the Khyber Pakhtunkhwa government was conducted the misuse of the budget would prove without any doubt. He said that whenever it came to the audit of the accounts of Sindh government the audit of more than 90 per cent accounts was conducted while on the other hand in case of KP only 7 to 10 per cent of accounts were being audited.

Saeed Ghani said that although it was a good gesture for the Sikh community from the Pakistan but the feelings of the Kashmiri people must be taken care of before dealing with the India at any level.

Responding to a question, the minister said that the private doctors of former President Asif Ali Zardari should be included in the medical board so that the family members could be aware of his exact health condition.

Saeed Ghani also said that if doctors were stressing then former Prime Minister Nawaz Sharif should be allowed to travel abroad for his treatment.