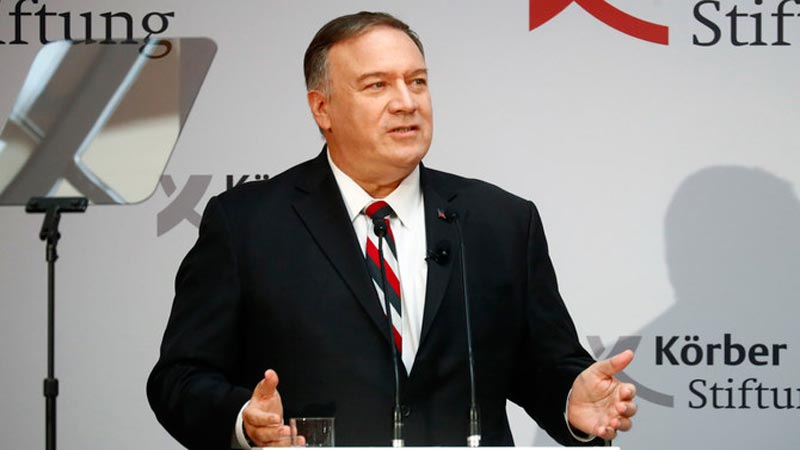 US Secretary of State Mike Pompeo on Friday slammed Tehran’s treatment of an inspector with the UN’s nuclear watchdog agency last week as “an outrageous and unwarranted act of intimidation.”

The top US diplomat said Iran “detained” the inspector, who the International Atomic Energy Agency has said had been briefly prevented from leaving Iran.

Iran said Thursday it had canceled the inspector’s accreditation after she triggered an alarm last week at the entrance to the Natanz uranium enrichment plant.

The alarm during a check at the entrance to the plant in central Iran had raised concerns that she could be carrying a “suspect product” on her, Iran’s Atomic Energy Organization said in a statement posted online.

As a result, she was denied entry, it added, without specifying whether or not anything had been found in her possession.

Iran’s ambassador to the IAEA Kazem Gharib Abadi told reporters after a special agency meeting in Vienna that after setting off the alarms on October 28, the woman “sneaked out” to the bathroom while waiting for a more thorough inspection with a detector that can find a range of explosive materials. After her return, the alarms did not go off again, but authorities found contamination in the bathroom and later on her empty handbag during a house search.

Iran said IAEA officials were present for all the searches.

The IAEA has not publicly commented on the incident with the inspector so far.

“The United States fully supports the IAEA’s monitoring and verification activities in Iran, and we are alarmed at Iran’s lack of adequate cooperation,” Pompeo said in a statement.

“IAEA inspectors must be allowed to conduct their critical work unimpeded. We call on Iran to immediately resolve all open issues with the IAEA and to afford Agency inspectors the privileges and immunities to which they are entitled.”