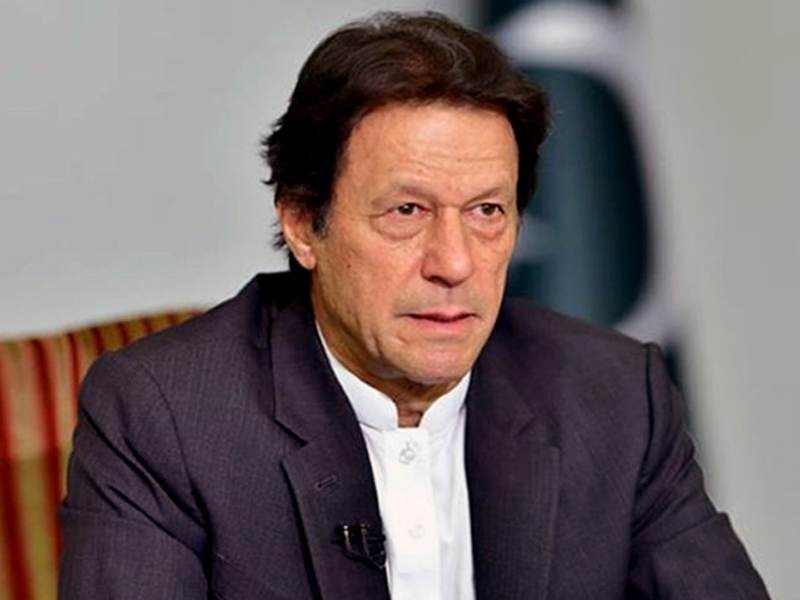 Stating in clear terms that no unconstitutional demand of the opposition would be met, Prime Minister Imran Khan on Friday said it was up to the National Accountability Bureau (NAB) to recommend striking former prime minister Nawaz Sharif’s name off the Exit Control List (ECL).

Sources quoted Imran as saying that the former premier’s name was put on the no-fly list on the bureau’s recommendation and thus, its nod would be required for removal of the name. He made these remarks while chairing a meeting of party spokespersons in Islamabad.

He said he believed in state institutions’ freedom and sovereignty. He said his stance from day one was that someone’s health should not be dragged into politics, stopping the spokespersons from issuing statements on Sharif’s health.

About the JUI-F sit-in, he said the government’s negotiating team and the opposition’s Rehbar Committee had been holding talks to find a solution to the ongoing political crisis. The Ministry of Interior, meanwhile, received a formal application from PML-N President Shehbaz Sharif for removal of the former premier’s name from the ECL on medical grounds and treatment abroad, according to a statement. The request was forwarded to the NAB.

The health reports of Nawaz received from Sharif Medical City, Lahore, have been forwarded to the Standing Medical Board for their input and review. “The Ministry of Interior has taken all necessary actions keeping in view the urgency of the matter as pleaded by Mian Shehbaz Sharif in his request. Ministry of Interior will make its recommendations to the competent authority in view of the facts and after consulting all stakeholders,” the statement read.