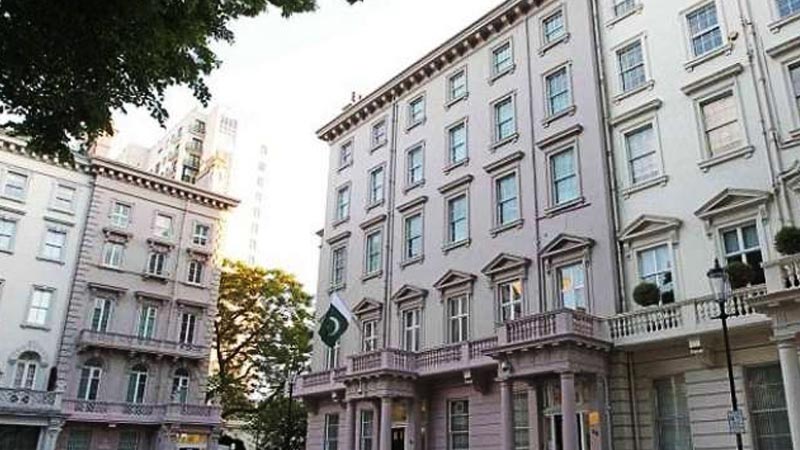 The Pakistan High Commission (PHC) in London expressed solidarity with the Kashmiri Muslims of the Indian Occupied Kashmir (IOK).

On the occasion of the Juma (Friday) Prayer, collective Dua was offered for the Kashmiri victims of Indian atrocities in IOK. The PHC has been regularly observing solidarity with the Kashmiris since the siege started on August 5, 2019 with unilateral measures by India to change the status of Kashmir in violation of UNSC resolutions on Kashmir and related international conventions.

Talking to media on the occasion, High Commissioner (HC) Mohammad Nafees Zakaria said humanity continues to suffer as the Indian siege of the Occupied Kashmir enters 96th day. He called upon the international community to play their role to deliver justice to the Kashmiri victims and end their sufferings immediately. He reiterated Pakistan’s diplomatic, moral and political support to the Kashmiris.

Zakaria said Indian atrocities, mass killings, mass blinding, mass graves and other measures to systematically change the demography of IOK have been documented. He added that Indian efforts to hide their crimes against humanity and the ongoing humanitarian crisis have been exposed by the reports filed by the human rights NGOs and international media. He particularly mentioned extreme concerns raised by the Parliamentarians. HC Zakaria also referred to the views expressed by Finnish Foreign Minister and statements by spokesperson of OHCHR. On the occasion, photos depicting Indian atrocities against defenceless Kashmiris were also displayed. The photos of the victims of Indian atrocities, as documented by various international institutions and human rights organisations helped visitors understand the magnitude of the human rights abuses in IOK.