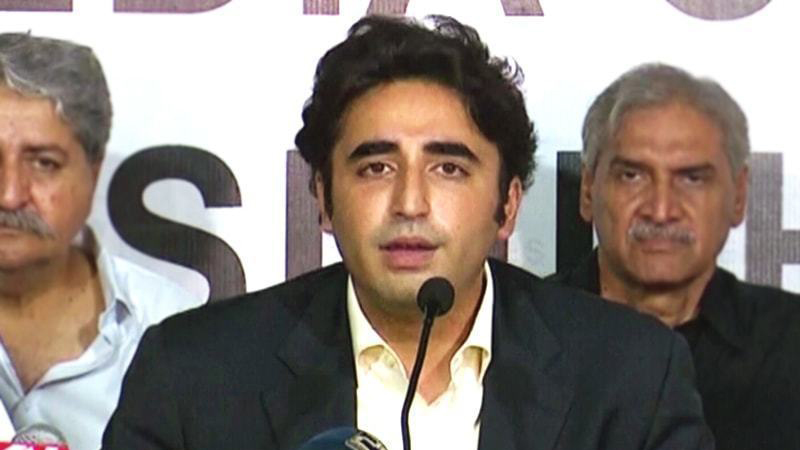 Pakistan People’s Party (PPP) Chairman Bilawal Bhutto Zardari on Friday said that protests against Prime Minister Imran Khan, who had “lust for power”, would continue until his resignation.

“You [Imran Khan] want to remain in power at any cost, you have a lust for power but the people will no longer tolerate you…you have become a liability and shall meet the same fate as dictators,” the PPP chairman said while addressing a rally in Muzaffarabad.

Bilawal, who is leading anti-government protests across the country, said the “selected prime minister” had made the lives of the masses miserable, adding that the government had borrowed an unprecedented amount loans besides imposing a burden of heavy taxes.

He demanded free and fair elections to rid the country of crisis.

The PPP chairman claimed that the premier was taking the country towards political instability, saying that his “dictatorial and fascist” policies had endangered the future of democracy in the country. He said he was staging rallies across Pakistan to expose the “selected and incompetent” government. “We will hold PPP’s foundation day rally in Azad Jammu and Kashmir on November 30,” he announced.

All opposition parties, as well as people from all walks of life wanted the government to step down, he said, vowing to continue protests until its ouster.