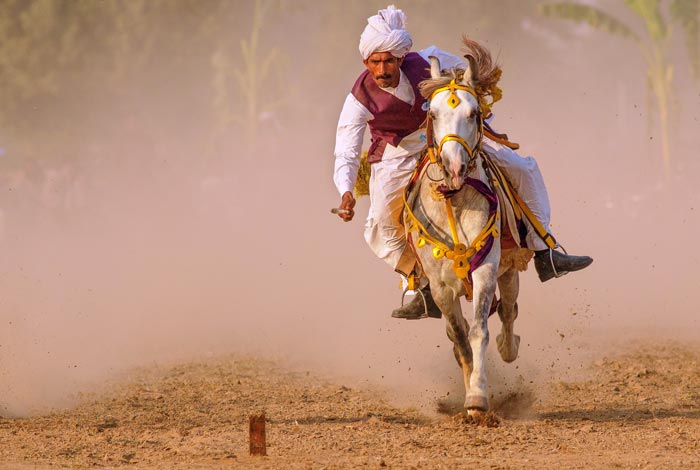 The game is especially popular is Punjab and Balochistan where the event holds more importance that just being a sport, rather as an exhibition of valour and a profound sense of pride with which the tent-peggers enter the ground, jockeyed on their well-bred horses and wearing colourful turbans with unique styles and waistcoats to identify with their teams. The traditional turbans and vibrant waistcoats strike the locals and tourists alike. The arrival of the teams in the arena is marked with the deafening sounds of drums, trumpets and flutes; arousing enthusiasm and getting the adrenaline pumped in the crowd.

The Equestrian Federation of Pakistan (EFP) regulates the tent pegging events played in the country and is responsible for selecting the national squad and organizing home and away tours for the team. Those involved in the sport can register themselves with EFP and compete for the selection leading to national and international competitions. Dr. Farooq Ahmad, President of EFP, stated: “The game has evolved into a beautiful equestrian expression from a cavalry sport since independence and many tent-peggers have made their marks on the international forefronts”. He further added that Pakistan was the only country in the world with more than 6000 registered tent-peggers especially in the region of KPK, Punjab, Kashmir and various parts of Sindh out of which 4000 are registered with PEF through clubs, being sufficient proof of the dedication and enthusiasm of the tent-peggers who are promoting this sport on their own.’