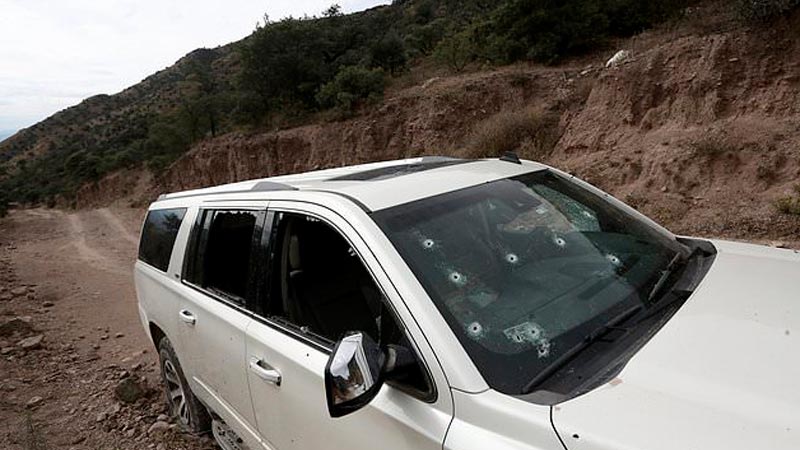 When drug cartel gunmen opened fire on American women and children in northern Mexico, the Mexican Army, the National Guard and Sonora state police were not there to protect them. It took them about eight hours just to arrive.

To villagers and others, the bloodshed seemed to demonstrate once more that the government has lost control over vast areas of the country to the drug traffickers.

“The country is suffering very much from violence,” said William Stubbs, a pecan and alfalfa farmer who serves on a community security committee in the American-dominated hamlet of Colonia LeBaron. “You see it all over. And it ain’t getting better. It’s getting worse.”

The lack of law enforcement in rural areas like the northern states of Chihuahua and Sonora once led the dual U.S.-Mexican residents of places like Colonia LeBaron to form their own civilian defense patrols.

Stubbs said that after the 2009 killing of anti-crime activist Benjamin LeBaron, residents positioned themselves each night for two years with high-powered binoculars to keep watch from the large “L” for “LeBaron” that stands on a hillside above the town.

Since then, he said, the cartels have left Le Baron and the town of Galeana a few kilometers to the north alone. But he said they have watched the cartels get stronger in the past two decades, with nearby communities in the mountains suffering from violence and extortion.

This week, he said, the military told him that the town of Zaragoza had been about 50% abandoned.
Army chief of staff Gen. Homero Mendoza said Wednesday that Monday’s ambush – which killed three American mothers and six of their children – started at 9:40 a.m., but the nearest army units were in the border city of Agua Prieta, about 100 miles (160 kilometers) and 3½ hours away.

Soldiers didn’t start out for the scene until 2:30 p.m. and didn’t arrive until 6:15 p.m. – even while five surviving children lay hiding in the mountains with bullet wounds.

“There are areas where the government’s control is very fragile,” said Mexican security analyst Alejandro Hope.

President Andres Manuel Lopez Obrador created the militarized National Guard after he took office last December to help law enforcement, but its 70,000 troops have to cover a vast territory.