Muhammad Abubakr Farooq rewrote history, winning a gold medal in weapons (Nunchaku), a silver in fighting (Kumite), and a bronze in self-defense at the championship. The event was attended by participants from 20 countries. He has also won competitions in the Dojo Karate, that made him eligible for the national qualifiers in 7 to 10-year-old age category. 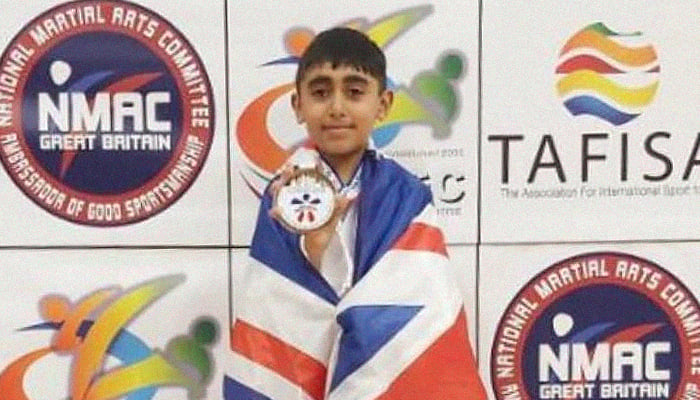 “All my success is due to my parents and my trainer at the club; they have supported me all the way through. It’s been two years here at the club and I have worked really hard. It wouldn’t have been possible without them.”, he said while speaking to media.

The eight-year-old said that he felt really proud of himself, because he is really good at martial arts. He explained that, martial arts have taught himself discipline and made him much more confident. He also said he would love to represent Pakistan and Britain in future tournaments. Muhammad Abubakr Farooq hails from Chakwal, a small town on the outskirts of Rawalpindi, Pakistan.