Passport waiver for Kartarpur pilgrims only for one year: FO 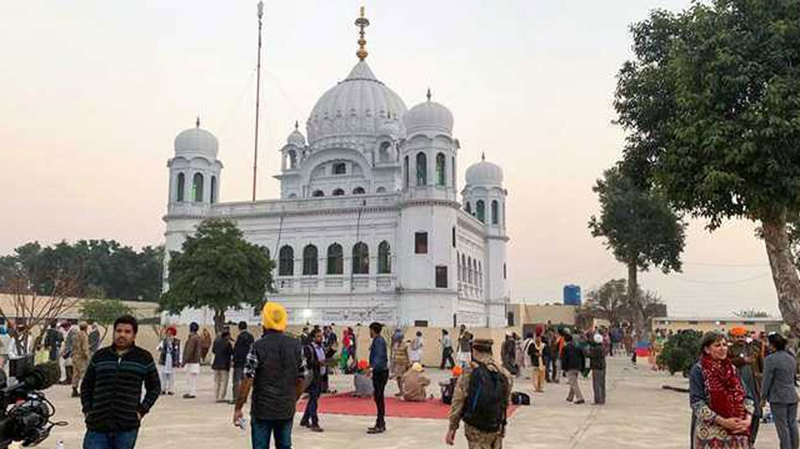 The Foreign Office on Thursday said that the passport waiver for Kartarpur pilgrims will extend up to one year as a special gesture on the 550th birth anniversary of Sikh spiritual leader Baba Guru Nanak.

“This is the formal position of Foreign Office and the ISPR statement is also in line with it,” FO Spokesman Dr Faisal said while responding to a question on a statement by Director General ISPR where he had termed the passport a must requisite for Indian pilgrims using Kartarpur Corridor. The spokesman said that $20 service fee per pilgrim will not be charged for the first two days after inauguration of the corridor. He said the package of goodwill gestures also includes abolishing the requirement of 10-day advance intimation.

The spokesman confirmed that Pakistan has issued visa to Indian politician Navjot Singh Sidhu for his visit to the shrine of Baba Guru Nanak. The Indian government has finally allowed Sidhu to attend the inauguration of the Gurdwara Darbar Sahib Kartarpur Corridor, after the cricketer-turned-politician wrote his third letter to the Indian foreign ministry on Thursday requesting permission to visit Pakistan.

He said Pakistan is expecting a massive inflow of Sikhs from all over the world to visit their revered site, adding that the incumbent government has in particular interest in promotion of religious tourism. He said promotion of Hindu and Buddhist sacred sites situated inside Pakistan is also under consideration as the country has been a cradle of ancient civilizations for centuries.

The spokesman rejected the propaganda linking Pakistan’s efforts on Kartarpur Corridor to encouraging Khalistan movement, saying, “There is no such negativity in our policy.” He said Kartarpur Corridor is solely the initiative of Prime Minister Imran Khan, which was subsequently followed by India after much hesitation.

Asked if Pakistan will like to open similar corridors with Kargil and Laddakh to facilitate meeting of families living across the border, he said Pakistan has no objection on opening of more passages, however India’s hesitation in holding discussions on several matters is a major hurdle. On a recent map issued by the government of India identifying Azad Kashmir as well as certain areas of Gilgit-Baltistan as its territory, the spokesman said, “Pakistan’s position is in line with UN Security Council resolutions which states that Jammu and Kashmir is a disputed territory.” He said the final resolution of Kashmir issue only rests with holding of a free and fair plebiscite in the occupied valley.

To a question on the US State Department’s ‘Country Report on Terrorism 2018’, the spokesman completely rejected the presence of any terror groups inside Pakistan.

On upcoming visit of Turkish president Recep Tayyip Erdogan, he said it will take place soon for which the dates are being finalized.

The spokesman said the Pakistan embassy in Kabul will be processing visa applications for medical emergency patients during the closure of consular services. “The officers and staff of the Embassy of Pakistan in Kabul had been harassed continuously,” he said, adding that they have urged the Afghan government to ensure safety and security of the consular personnel.