Plan to provide essential items on lower prices on the cards 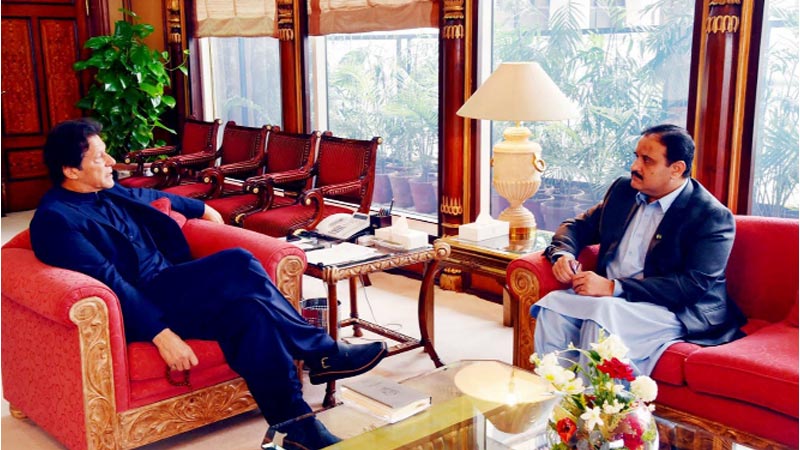 Prime Minister Imran Khan on Thursday directed for giving final touches to the proposals to provide essential items at the Utility Stores at lower price so that relief could be provided to the people.

Various proposals were presented in the meeting about abundant availability of daily-use essential items like flour, ghee, sugar, pulses and rice as well as to bring their prices down.

Special Assistant to the Prime Minister on Social Protection and Poverty Alleviation Dr Sania Nishtar presented various proposals regarding provision of essential items to low-income and downtrodden people under the Ehsaas Programme.

Chairman Utility Stores Corporation Zulkarnain presented proposals about network of the utility stores in the country and bringing reduction in prices of essential items.

He said the utility stores has 4000 outlets throughout the country which can play vital role in availability of essential items in abundance and bring reduction in the prices.

Minister for Communications Murad Saeed proposed that besides 4,000 outlets of utility stores, officers of the Pakistan Post in far-flung areas of the country can also be utilized for the purpose.

At a meeting with Pakistan Tehreek-e-Insaf members of National Assembly (MNAs) from Dera Ghazi Khan, Prime Minster Imran Khan said the government is planning to provide low-cost electricity to southern Punjab besides executing solar power projects in the area. He said the incumbent government has placed South Punjab high in the policies as the area has been facing neglect during the previous governments.

The prime minister told the parliamentarians that the government is paying special focus on the construction of farm-to-market roads for the benefit of small farmers. He resolved that the government would provide maximum relief to the people of South Punjab.

Presiding over a meeting held about utilization of public lands in Punjab for public welfare purposes, particularly the assets under the control of Punjab Cooperative Board for Liquidation (PCBL), the prime minister said that the present government is firm on its policy of utilizing the dead public assets for the welfare and betterment of masses and using their income for boosting the pace of economic development and creating job opportunities.

The prime minister regretted that in a country where the major chunk of economy and resources is used for repaying foreign debt, non-utilization of public assets in the past in an effective manner was a criminal negligence. He directed the PCBL administration as well as the Punjab law minister to speed up the efforts for early completion of the court cases about public assets and take all necessary measures in that respect. The prime minister said that the present government, which took the rein of power in the hardest economic conditions, had to take difficult decisions for bringing about improvement in economy. He, however, added that with stabilization in the country’s economy at present, positive results of those decisions have started appearing. He said in order to provide relief to the masses, speeding-up the economic process and specially for creating job opportunities for youth, there was a need to further pace up the efforts.

The Strategic Policy Planning Cell is housed in the Prime Minister’s Office and has been fully empowered by the prime minister to provide direct input on key issues within the mandate of the National Security Committee.