Sudden increase in smog due to burning of crops: CM Buzdar 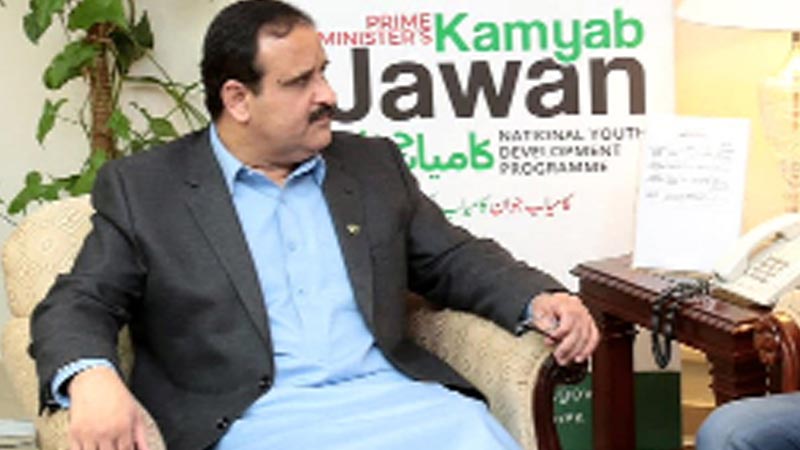 Punjab Chief Minister Sardar Usman Buzdar has said that Wednesday’s sudden increase of smog in Lahore and its suburbs was because of burning the remaining of crops in the border area of India besides changed in direction of wind. However, situation is much better due to the last night rain, he added.

In a statement issued here on Thursday, Usman Buzdar said that he continued to monitor smog related situation till late in night and issued instructions to the concerned department and administration in this regard. Administration and traffic police were made active for redressing the problems of citizens. He further maintained that instruction has been issued to the concerned department to remain alert for coping with smog related situation in the coming days.

The Chief Minister said that the Environment and other concerned departments including administration should ensure the implementation of plan formulated to cope with smog in letter and spirit and no leniency take in this regard.

While issuing instruction to speed up the ongoing campaign against industries, cars and brick-kilns involved in spreading pollution, he said that strict legal action should be taken against responsible. He further directed to run awareness campaign for informing the people about the preventive measures to protect themselves from smog.

Meanwhile, Usman Buzdar has expressed deep sense of sorrow and grief over the loss of precious human lives in a traffic accident on national highway near new Saeedabad district Mityari. He extended heartfelt sympathies and condoled with the bereaved family members. He prayed for the early recovery of injured and said that Punjab government equally share the grief of the family members of the deceased.

Meanwhile, Buzdar said that Kartarpur Corridor is the historic gift of Prime Minister Imran Khan to the Sikh community.

While talking to the elected representatives at Punjab House Islamabad on Thursday, Usman Buzdar said that government is providing every possible facility to the Sikh visitors coming to Pakistan for attending the inaugural ceremony of Kartarpur Corridor project. The completion of this project has promoted positive sentiments about Pakistan in India and hearts of the Sikh community living across the globe are filled with the emotions of joys and happiness, he added.

He said that Prime Minister Imran Khan has won the hearts of the Sikh community living in India and other parts of the world and this important step, aimed at promoting interreligious harmony and brotherhood has earned international prestige and honour for Pakistan. In fact, the whole world is unable to present such an example of protection and up-gradation of religious places of minorities, he added and further said that this step will help to promote peace, brotherhood and affection.

While talking about the prevailing political situation including the march, chief minister maintained that political differences are always settled through dialogue and no agitation tactics should be adopted which may result in creating difficulties for the citizens. Pakistan’s international image has been affected due to the march. The political differences should not reach to such a point to damage the nation’s integrity and honour and give an opportunity to the opponents to criticize Pakistan, he added. Usman Buzdar said that there is a need to promote mutual understanding and coordination for economic stabilization and the political leaders should show statesmanship keeping in view the prevailing geographical situation and the ensuing challenges. It is sanguine that Prime Minister Imran Khan is working day and night to transform Pakistan as an important economic power in the world, he stated.