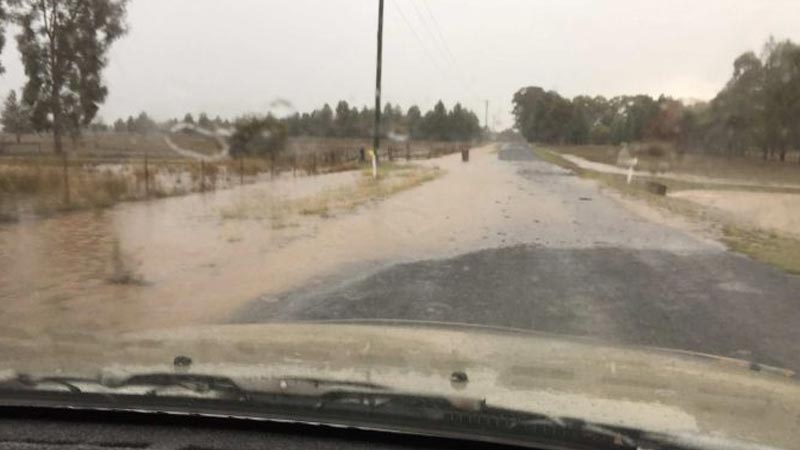 Torrential rain that started two days ago, along with a hailstorm, hit the mountainous peak of Abbottabad in Nathiagali, Thandiani, Meera Jani and adjacent localities, disrupting life badly. All streets of the city were blocked by sewage and garbage, due to which no one was found in a position to traverse even a step forward conveniently. The sewerage system was badly found blocked because of flood which had blockaded streets to stop pedestrians intends to get their domestic stuff for cooking etc. The Karakorum Highway was blocked with rainy water flood as sewerage was passing through the main KKHW near Sethi Mosque, various vehicles were seen blocked due to which the people belonging to Mansehra, together with nearby localities were badly affected. The KKHW was remained blocked for several hours long span of time resulted no routine shopping concept of suburbs proved true. However, all the fruit shops were opened but the customer was found lacking. The traders were sitting on their shops but no customer was found by them unto late at evening. Numerous people belonging to Babusar area, the Babusar road has been closed for all kinds of vehicular traffic for the next six months due to heavy snowfall in the area. The authorities said that Karakorum Highway will now be used as alternate road till May 2020. On the other hand, snowfall and heavy rains also paralyzed daily life across Gilgit-Baltistan.