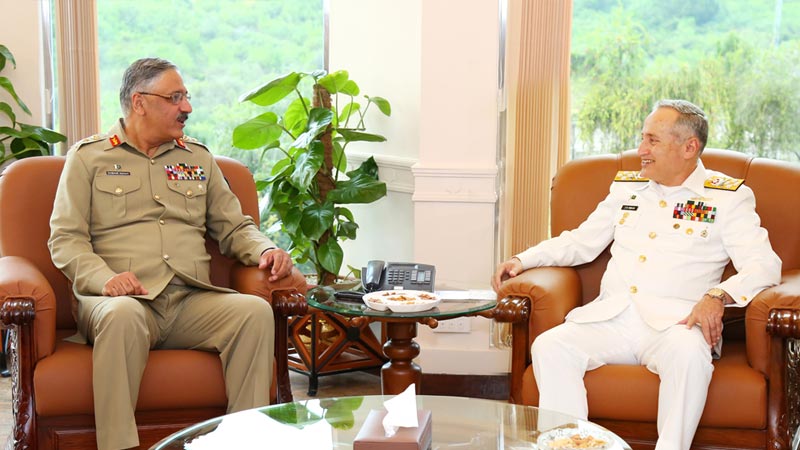 Upon arrival at the Naval Headquarters, the dignitary was received by Chief of the Naval Staff. A smartly turned out contingent of Pakistan Navy presented Guard of Honour.

Admiral highlighted the dynamic role played by the Chairman in his tenure of service to enhance the operational capabilities of Pakistan Armed Forces, Inter Services cooperation and transformation into potent and well coherent integrated forces of the region.

The Naval Chief also appreciated his long meritorious services for the defence of country and Armed Forces.

On the occasion, Chairman Joint Chiefs of Staff Committee thanked Admiral Zafar Mahmood Abbasi for the whole hearted support offered by Pakistan Navy and expressed his gratitude and well wishes for Chief of the Naval Staff and Pakistan Navy. Thereafter, the dignitary also had a farewell interaction with Principal Staff Officers.