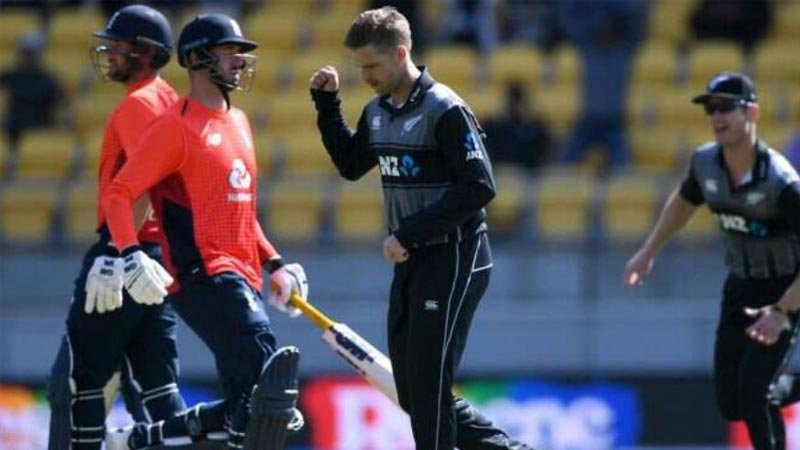 New Zealand stand one victory away in the ongoing T20I series against England from taking an unassailable 3-1 lead in the five-match series, and in a way earn sporting retribution for their ‘loss’ to England in the final of the World Cup earlier this year. New Zealand would deserve it too. They’ve played better cricket so far, and look like the more complete side in all departments. But England aren’t done yet either, and they would be looking at their seven-wicket victory in the first T20I as a reference point and study in how to overcome the threat of the Black Caps. But for that to happen, England need to improve in all areas, specially their batting in the middle overs. The two Sams, Billings and Curran have not performed at number 5 and 6 respectively, and in order to successfully put up a big total or chase down a score depending on the situation, the contributions of those two positions are vital.

England’s weakness has been New Zealand’s strength. Ross Taylor and Jimmy Neesham have been in good knick, but the biggest plus point has undoubtedly been the form of Colin de Grandhomme who has enjoyed a renaissance at the number four position. 102 runs at a strike-rate of 167.2 speaks for itself. De Grandhomme is aware that the series is far from done. “Definitely you can’t give them an inch. You’ve got to keep hitting them hard and try and win every game when you can,” he told reporters before the game. “They’re pretty good lads and they’re a good team, so it’s always nice beating them, but we’ve got to move on from that.” England gave the home side a tough fight in the last match before losing control from a position of dominance, losing the plot from being 139/2 and chasing 181. They lost five wickets in merely ten runs, and as well as the New Zealand bowlers bowled, it was also a case of England pressing the self-destruct button.

And England captain Eoin Morgan was right when he told reporter s, “It is the most inexperienced side that we will field. We can’t come out expecting to win 5-0, we do need to learn and make mistakes throughout the whole series.” For England’s sake, he would hope the positives outweigh the mistakes as his young side fight to stay in the series on Friday.