Margaret Court challenges Australia to honour her like Laver 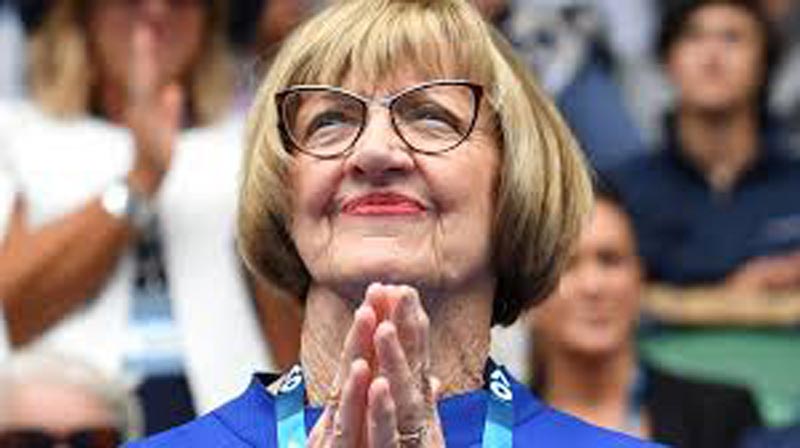 MELBOURNE: Australian tennis great Margaret Court said she will not return to Melbourne Park until formally invited by Tennis Australia and demanded the sport’s national governing body properly recognise her calendar Grand Slam feat. Court, who holds the all-time record of 24 Grand Slam singles titles, has not attended the Australian Open since 2017 when her religion-based opposition to same-sex marriage made her a lightning rod for criticism in the leadup to a national plebiscite on the issue. However, in the leadup to the 50th anniversary of her 1970 calendar Grand Slam, Court said she wanted her achievement to be given the same respect afforded compatriot Rod Laver, who was feted earlier this year at Melbourne Park for his 1969 Grand Slam. “I think Tennis Australia should sit and talk with me,” Court, whose name adorns the second show court at Melbourne Park, told Fairfax Media on Thursday. “They have never phoned me. Nobody has spoken to me directly about it. I think they would rather not confront it. “They brought Rod in from America. If they think I’m just going to turn up, I don’t think that is right. I think I should be invited. I would hope they would pay my way to come like they paid for his, and honour me. If they are not going to do that, I don’t really want to come.” In women’s tennis, only Court, Maureen Connolly (1953) and Steffi Graf (1988) have managed the calendar Grand Slam, widely considered the game’s toughest achievement. Rod Laver, who completed the calendar Slam twice in 1962 and 1969, is the only man after Don Budge (1938) to have managed it. Australia legalised same-sex marriage in December 2017 after 61.6% of respondents to a voluntary plebiscite voted for it. Court, a Christian pastor at a Perth-based church she set up decades ago, has long been vocal about her opposition to it, a stance that has alienated openly gay players, past and present.