Shoe Dog is more than a memoir; it’s an ideology! 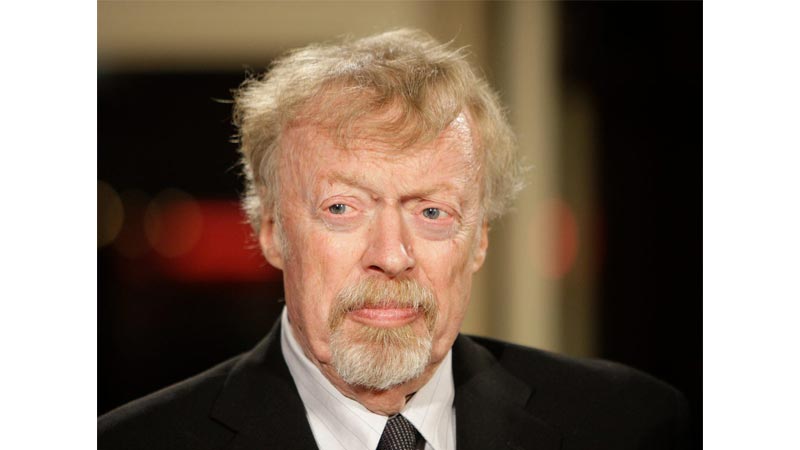 Memoirs give you insights into the author’s thought process and how they achieved a task. Shoe Dog is a memoir like no other. It is more of a strategy manual on how to establish a company, fight with the competition and dream big. Phil Knight, the author and the co-founder of Nike, has penned his innate thoughts in this book that is a must-read. Knight recalls his days before establishing Nike and takes the readers through a ride over the years. He aptly titles each chapter with a year – no words, no phrases – just the year he wants to discuss. Beginning from 1962 to 1980, he recollects his life’s journey in two parts.

Former United States president Bill Clinton says that this book is, “A refreshingly honest reminder of what the path to business success really looks like.”

Businessman and investor Warren Buffet says that “Phil is a very wise, intelligent and competitive fellow who is also a gifted storyteller”.

The book begins with Knight telling about a research paper he wrote during the final years of his university. While he graduated, his research paper and the idea remained in his mind. The paper discussed the shoe business and it changed his life forever. Knight shares how he founded Blue Ribbon Sports in 1964 with Bill Bowerman (1911-1999). The duo earned the exclusive rights to distribute Tiger shoes produced by Onitsuka, a Japanese manufacturing firm.

Aspiring entrepreneurs, business management graduates and even those from any profession must read this book. It gives several traits for success. Knight talks about his passion, the desire to lead a business, to provide a product, to give something to society. A time came in Knight’s life when he realized that the work he does is not work but play. He enjoyed doing what he loved. Then there is persistence. It was Knight’s perseverance, tenacity and determination to keep sticking with the goal that made Nike a globally renowned brand. Knight also talked about growth. He focused on sales growth than profits that helped him expand his territory and eventually make Nike a global phenomenon. Every entrepreneur must build a culture that sustains and exhibits through employees. Knight ensured that Nike’s culture provided its employees to not only be skilled but who shared Knight’s vision for the company. His employees have been able to show their loyalty to the brand. Knight’s management style was unorthodox but effective. He said, “Don’t tell people how to do things, tell them what to do and let them surprise you with the results.” 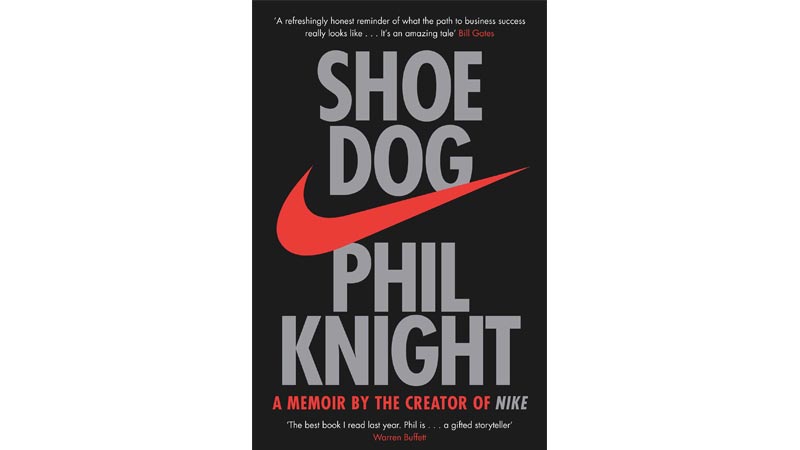 Shoe Dog provides readers a candid view of how the path towards corporate glory looks like. It reveals the ups and downs, limitations and the financial struggles an entrepreneur must go through to become a success. Nike’s humble beginnings make us wonder how many aspiring entrepreneurs give up the idea of owning a business by the mere thought of the time they would take before earning profits.

Knight founded Blue Ribbon Sports with an investment of $50 from his father. He used to beg the banks to give him some loan so to sustain his business and import Tiger shoes from Japan. Despite the success Phil Knight had with Blue Ribbon Sports, Onitsuka was trying to use other US partners. Eventually, when Onitsuka ended the contract, Knight had no other option but to seriously pursue running his own business, Nike. Shoe Dog reveals that Knight paid $35 to an art student who designed the “Swoosh” logo that today does not need any words to be recognized. And as for the name, Knight wanted to name the company Dimension Six. His employees compelled him to choose Nike. “Maybe, it will grow on us!” Knight said during a meeting and it did.

Shoe Dog also reveals some exceptional insights. There is the lesson to understand that all good things need time to build. It took Knight and Bowerman nearly a decade before their brand gained worldwide recognition. Another lesson is to be ardent and passionate but converse with people who are passionate and enthusiastic about life. “The cowards never started, the weak died along the way – that leaves us,” Knight said during a conversation. Another lesson was to run a business not as a manager but as a leader. He empowered his employees to make their decisions in line with the company’s mission and vision. He let his team do wonders by the freedom he gave them. Shoe Dog also reveals that accomplishments are made when a person chooses a passion, specifies it and then goes to work every day with the resolution to not only succeed but to do his very best. Shoe Dog presents a way of life, a modus operandi to how a business can work. Most importantly, it shows how innovation and persistence can lead to success.