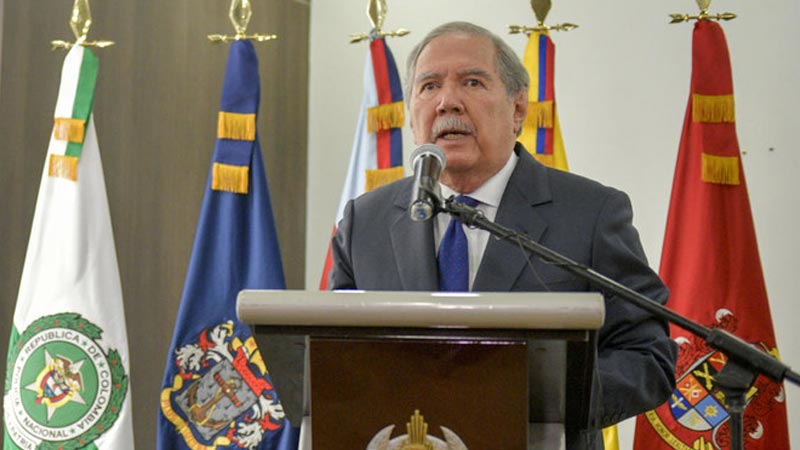 Colombia’s defense minister resigned Wednesday after coming under fire for failing to disclose the deaths of several minors in a military operation against dissidents belonging to the nation’s once largest guerrilla.

Guillermo Botero submitted a resignation letter to President Iván Duque, touting his achievements in reducing crime while stating that the current “political circumstances” had compelled him to step down.

“I’ve accepted the resignation,” Duque announced on Twitter. “I want to thank him for his commitment, sacrifice and leadership.”

The former minister has been facing mounting criticism over his handling of several incidents highlighting Colombia’s ongoing struggle to defeat illegal armed groups without repeating past errors and rights abuses.

On Tuesday, Sen. Roy Barreras accused Botero of neglecting to inform the public that at least seven minors had been killed in a military operation against dissidents with the former Revolutionary Armed Forces of Colombia during a heated debate in congress.

Botero described the accusations as “speculative information” and the military denied it knew that minors were present.

Nonetheless, the chief prosecutor’s office confirmed Wednesday that eight minors died in the late August operation in San Vicente del Caguán, a region once controlled by the rebels, who signed a historic peace accord ending Latin America’s longest-running conflict in 2016.

“I’m convinced the minister withheld information not just from Colombians but from the president,” Barreras said Wednesday. “This is a wake-up call for the government, demanding they redirect the national agenda.”

The outrage over the deaths follows a number of other incidents raising concerns about the military’s conduct and their response to a growing tide of violence against indigenous communities and social leaders.

In one recent incident, a man living in the violence-plagued region of Cauca was killed in what the military has described as an operation against dissident guerrillas but which nearby residents contend was a homicide.

Legislators debated removing Botero back in June, following revelations that an army general had commanded troops to double the number of leftist guerrillas and criminals killed, captured or forced to surrender in combat. The guidelines raised concerns about a heightened risk of civilian casualties.