Lost pup turns out to be a rare purebred dingo 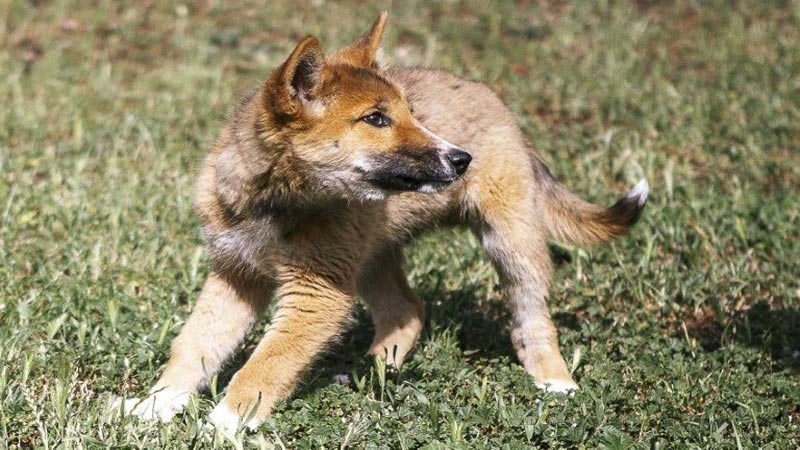 He’s furry, playful, and has puppy eyes. It’s little wonder Wandi was mistaken for a dog when he was found in an Australian backyard — but DNA testing has confirmed he’s a rare 100 percent dingo.

The pup was discovered whimpering and alone in a country town in Victoria in August with talon marks on his back, leading to speculation it could have been dropped by a large bird of prey.

Rescuers at first thought Wandi was either a dog or a fox, but months later DNA samples have revealed that he is in fact a purebred dingo.

Most of the creatures seen in the wild are usually, to some degree, dingo-dog hybrids.

Australian Dingo Foundation director Lyn Watson said that when Wandi “fell out of the sky” it was an “answer to a prayer” — he can now join 40 other dingoes in a breeding program at the charity’s sanctuary.

“When we sent his DNA off we were hoping that he would be of high content, but we were pleasantly surprised to find he was as much dingo as you could get,” she told AFP.

There is currently much debate in the scientific community over the classification of dingoes, believed to have come to Australia from Asia about 4,000 years ago.

While some consider the dingo to be a wild dog, many researchers now believe it is a separate species with a range of characteristics that differentiate it from domestic and feral canines.

Often thought of as a threat to domestic animals and livestock, some also argue the apex predator is helpful in controlling pests such feral cats and foxes, as well as numbers of native herbivores such as kangaroos.

This uncertainty has major consequences for the conservation of dingoes.

The species is protected in areas where it is considered a threatened species vulnerable to extinction, but elsewhere listed as a pest that can be controlled through measures such as shooting and baiting.