Imam who raped minor girl inside the mosque arrested 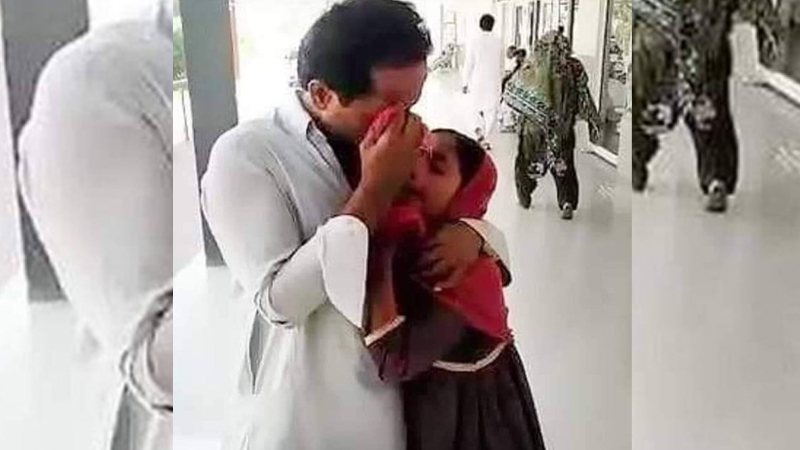 SINDH: Sukkur Police has arrested the accused Imam Shafqat Samejo who was involved in the rape of eleven year old girl Afsana. Afsana was raped by her religious teacher in a mosque in Pano Aqil, Sukkur District.

She had gone there to take lessons in Quran.

According to Afsana,” Imam Masjid put his hand on her mouth than on her hand, and shut the doors and windows”.

A teacher who used to teach her Quran raped Afsana in a mosque. According to Afsana, Imam Masjid raped her more than once.
The father of the victim went to the police station to register an FIR, but police sent Afsana and his father to the hospital for medical checkup for the confirmation of the abuse. The police, instead of investigating the rapist, sympathy and encouragement for afsana and her father they asked them to go and do a medical examination.

After all the medical checkups and their so-called confirmation, Sukkur police finally registered FIR against Maulvi Shafqat Samejo and arrested him.

According to Afsana’s father teacher sexually assaulted her daughter more than once. Initially, she was not feeling well and complained about pain in her body and we did know what had happened.

Social media has again gone viral with Justice for Afsana.

And the culprit is behind the bars.

Im unable to find words for this little Angel. She is sexually abused by Imam e masjid from whom she was learning Holy Quran. Is there any state? Rules? Or Law to provide justice to her father or to end these creatures of ignorance.
#JusticeForAfsana #Justice pic.twitter.com/NnhLX079RZ

This is Ihsan and his 11 years old daughter Afsana from Panun Aqil, Sindh, two days ago Afsana was raped in a mosque by her religious teacher from whom she was learning Quran.#JusticeForAfsana pic.twitter.com/9Hkdq48KJ4