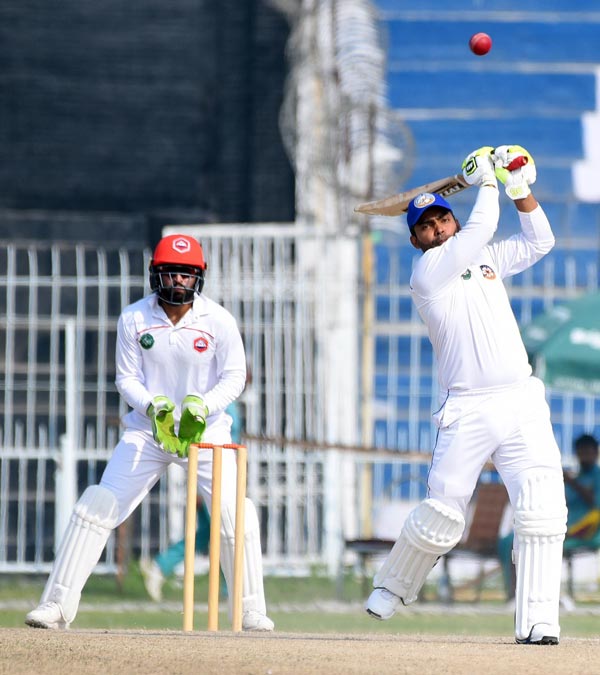 FAISALABAD: Central Punjab took control of their Quaid-e-Azam Trophy four-day first-class match against Northern at the Iqbal Stadium Faisalabad on Wednesday. Day-three of the match belonged to Central Punjab’s batsmen as Rizwan Hussain’s 110, Umar Akmal’s 73 and Usman Salahuddin’s unbeaten 72 helped the home side amass 345 for six declared in their second innings. Set a 381-run target, Northern were struggling to avoid a defeat as they stumbled to 121 for five by close of play, still needing a further 260 runs for a win with only five second innings wickets remaining. Zeeshan Malik with 52 off 58 balls, nine fours and one six was the only one to confront the Central Punjab bowlers with some confidence.

The spin duo of Bilal Asif and Zafar Gohar who shared seven wickets in the first innings took all five wickets to fall. Zafar has so far taken three for 46 in 20 overs while Bilal has taken two wickets for 38 runs in 13 overs. Earlier, resuming at the overnight score of 137 for two, Central Punjab pushed on the accelerator by adding 116 runs for the loss of two wickets in the first session of the day. They maintained their run scoring momentum in the second session before declaring the innings. Opener Rizwan Hussain compiled his 110 off 123 balls, striking eight fours and four sixes. Umar Akmal who made fifties in both innings, was dismissed for 73, he faced 90 balls and struck nine fours and two sixes.

Usman faced 97 balls for his unbeaten 72 that included seven fours and three sixes. Northern’s captain Nauman Ali who took eight wickets in the first innings had to settle for three costly wickets in the second innings as he conceded 160 runs in 28 overs. In Abbottabad, the third day’s play of the first-class Quaid-e-Azam Trophy fixture between Khyber Pakhtunkhwa and Sindh had to be called-off due to rain.