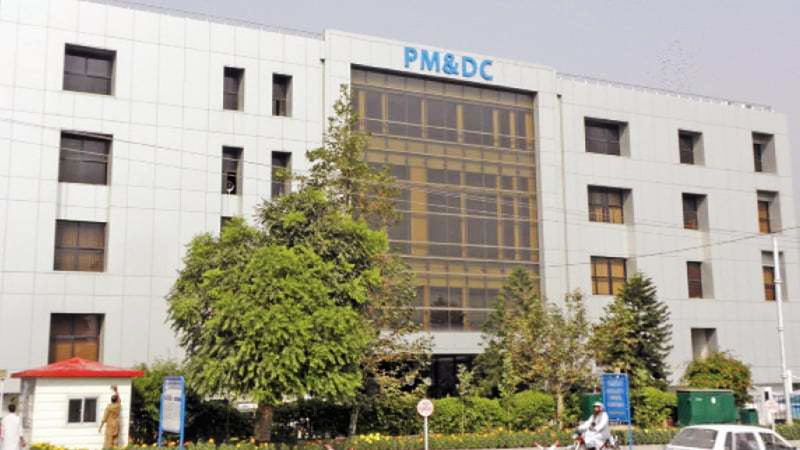 I quit my job from World Health Organization (WHO) Gwadar (Balochistan) with the hope to represent my community in the federal capital while serving in Pakistan Medical and Dental Council (PMDC) as I was the first one in the area who was getting such rare and epic opportunity, but all my hopes smashed when I, with around 250 my colleagues, was told in sudden “you are no more with PMDC”.

This was said by Dr Ababagar Baloch, 29, who became victim of dissolution of PMDC into Pakistan Medical Commission (PMC) through Pakistan Medical Commission Ordinance, 2019 promulgated by President Dr Arif Alvi under which the Ministry of National Health Services (NHS), on October 20, directed all existing staff of the PMDC to go home and through Islamabad district administration and police the ministry took over the possession of the PMDC building.

Dr Ababagar has MBBS degree with house Job in Pakistan Institute of Medical Sciences Islamabad as well he possess MSPH from Health Services Academy Islamabad, he told Daily Times that he joined the council in 2017. “Since then, I ever worked with full loyalty and passion without bothering it that either it was day or night”, he said recalling that all my service record is testimony of these claims.

“Although I am not regretted to whatsoever period I served in the PMDC, but I am failed to understand that what to do and where to go”, Dr Ababagar uttered with helplessly.

The suspension of PMDC perturbed all employees and they now staging a protest against the new ordinance from last 17 days outside the PMDC (now PMC) building. Since they are protesting many parliamentarians belonging to opposition parties, and representatives of different bodies including World Federation of Medical Education (WFME), Foundation for Advancement of International Medical Education and Research (FAIMER), Young Doctors Association (YDA) and some other medical related organizations shown solidarity with PMDC employees and they condemned the government’s decision.

Moreover, opposition parties also highlighted the issue in the Senate in its session on Tuesday.

Gerald Shad, a protocol officer of the dissolved PMDC whom retirement was due on October 22 that two days after notification of the ordinance, said a few days ago the staff of the council was planning to arrange a farewell party for him, but just a day before attaining the age of superannuation he was sitting outside the council gate and was not even allowed to enter the building.

“I don’t know whether I would get my gratuity and other retirement benefits,” he said.

Amjad Dildar, a superintendent in the council who was also going to retire in last week of October also expressed similar feelings.

“I have observed during the last some days that my son who before was seeking for admission in Masters in varsity now has started looking for a job. It is painful for me, but I am also aware that I can’t afford the expenses of his education due to which he has no other option except this,” he regretted.

Nargis Shaheen, a retired employee, was also worried as it was said that because of the new presidential ordinance the pensions of employees would also be stopped.

Special Assistant to the Prime Minister on Health Dr Zafar Mirza, however, claimed on many occasions that the new ordinance was the need of the hour and it would address all issues related to medical education.

Meanwhile, under the Ordinance an unlimited autonomy has been given to private medical and dental colleges as they will now be able to charge fees of their choice.

According to the ordinance, these colleges have been allowed to give marks or points for additional tests such as interview of students. Rather than following directives of the PMC, they will now be able to appoint faculty members on the directions of universities they are affiliated with.

Moreover, the ordinance will allow strict action against those doctors who have been protesting against the Medical Teaching Institution’s move for privatisation of public hospitals.

Section 19 of the ordinance states that all candidates will have to clear the Medical and Dental College Admission Test (MDCAT) to get admission in medical or dental colleges and only a single admission test would be held across the country.

After March 2020, students after clearing the Bachelor of Medicine and Bachelor of Surgery (MBBS) and Bachelor of Dental Surgery (BDS) will have to clear the National licensing Exam (NLE) to start practice. Earlier that requirement was only for foreign graduates.